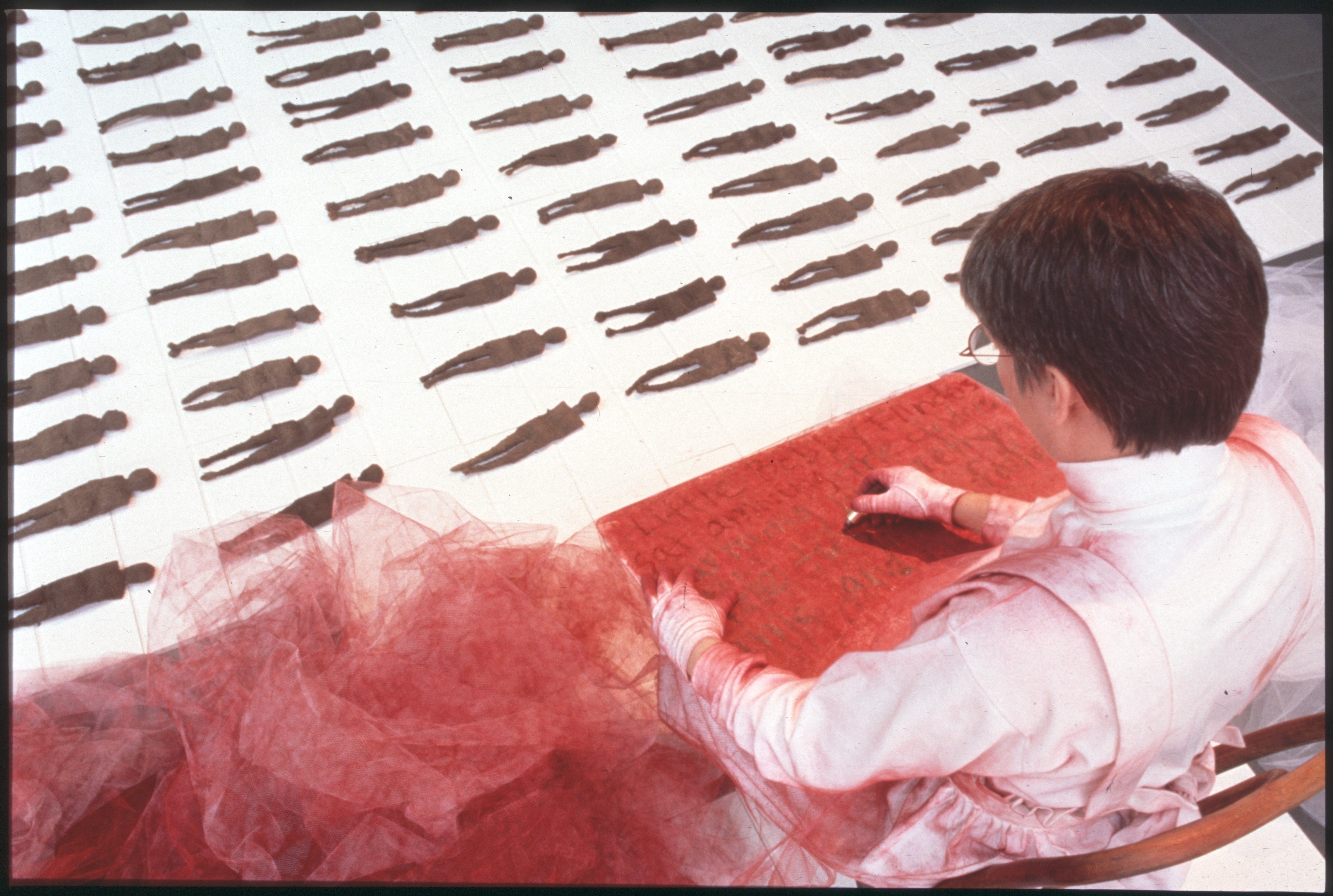 On Friday, February 4, 2000 from 6 to 9 p.m., the Cincinnati Arts Association’s Weston Art Gallery will host a reception for three new exhibitions: and everything nice…, a performance-based installation by Cincinnati collaborators Karen Dunphy and Jill Rowinski; a new series of paintings and engravings by New York artist and former Broadway producer, David Black; and Alchemy of Entrancement, an intriguing innovative series of 3-D illuminated photographs by the widely acclaimed Cincinnati photographer Connie Sullivan. (See separate press releases for the concurrent David Black and Alchemy of Entrancement exhibitions.)

For more than eight years, Cincinnati artists Karen Dunphy and Jill Rowinski have collaborated on performance-based installations focusing primarily on the traditional roles of women. Typically, these installations have been site-specific, incorporate text, and presented in public spaces. In and everything nice…, the artists utilize popular children’s nursery rhymes as a vehicle to examine gender assumptions placed on children in our society. The installation will consist of a platform constructed of hundreds of stacked children’s books covered with a grid-like arrangement of earth-encrusted doll-like cloth figures. Centered in the platform will be a five-feet high sugar cube house. At various times during the exhibition, the artists will be seated at desks at opposite ends of the platform writing nursery rhymes that switch the gender of the characters from male to female (and vice versa) in a repetitive manner thus weaving a tale that questions the common perceptions presented in children’s verse. 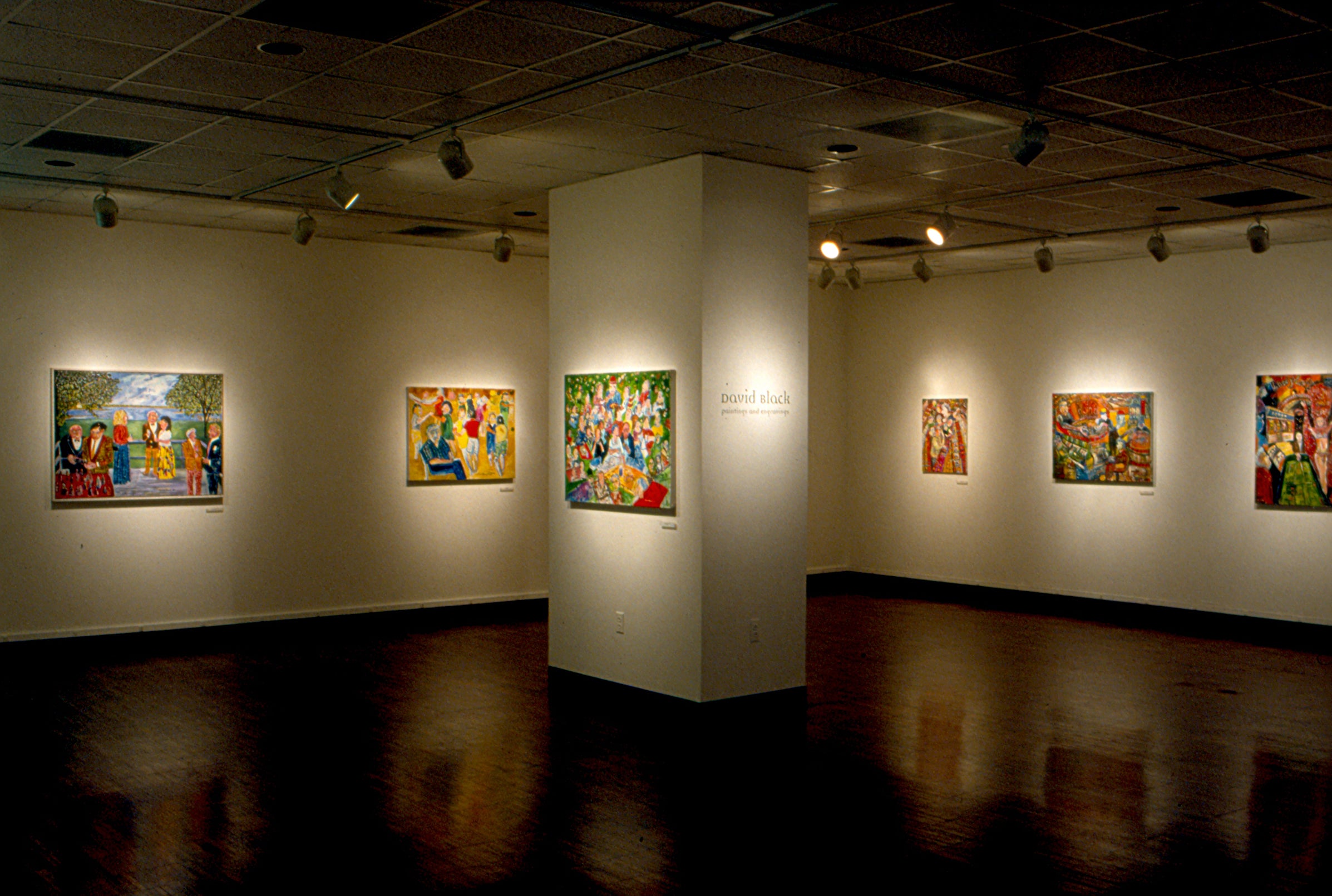 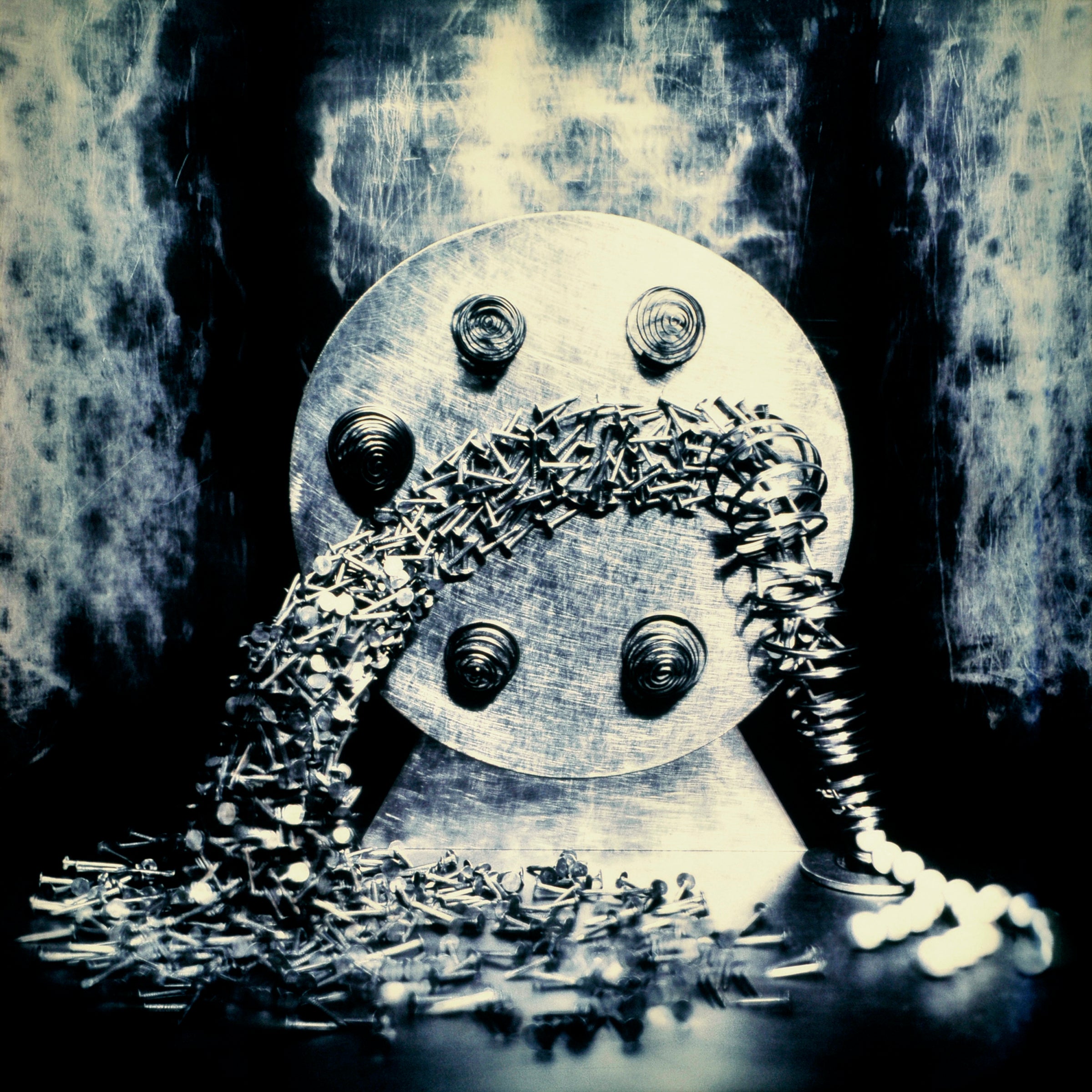