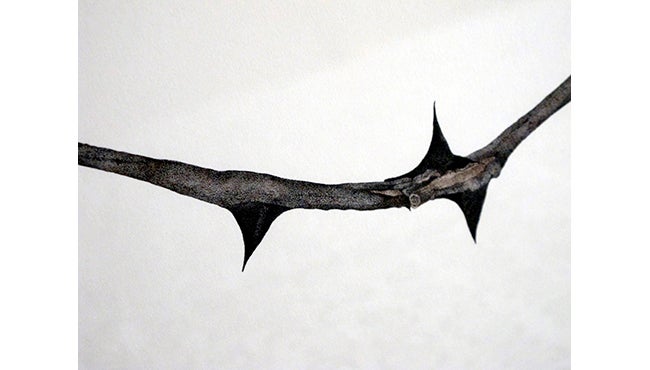 Long before she became the Weston Art Gallery’s founding director (1995-98), Salli LoveLarkin was an integral member of and catalyst for the Cincinnati arts community. Her background in painting, drawing, collage, video, and performance, along with her years spent in New York and a master’s degree in the humanities, underscored a profound reverence for the arts that set the agenda for the Weston’s future course. A diverse array of LoveLarkin’s work, which spanned multiple media, will be featured in Salli LoveLarkin: Artist including drawings, paintings, early performance footage, costumes, and costume design. In addition, a number of artists who knew and worked with LoveLarkin have contributed technically and artistically to the exhibition including photographer Jay Bachemin, photographer Diana Duncan Holmes, choreographer and artistic director of Contemporary Dance Theater Jefferson James, filmmaker Russ Johnson, the late poet Timothy Riordan, set designer Sarah Young, and performing arts photographer Sandy Underwood.

Salli LoveLarkin was a visual artist, performance artist, costume designer, arts promoter, and administrator. She earned a Bachelor of Fine Arts from the University of Cincinnati’s College of Design, Architecture & Art, and a Master in Humanities from Xavier University. She was director of C.A.G.E. (Cincinnati Artists Group Effort) from 1988-92 and Fountain Square Fools from 1993-95, an ecumenical theater group that toured internationally. In her time, she wrote about and taught art and film history and also wrote, directed, and produced three major theater works including Maud Gonne. Perhaps most importantly, she was an activist who lobbied for expanded support for small arts organizations. In March 1999, she received the Ohio Arts Council Governor’s Award for Arts Administration.

In 1995, she took on the creation of the Weston Art Gallery, a new visual arts exhibition space in the Aronoff Center for the Arts, dedicated to the promotion of local and regional artists. The Weston filled the void for a professionally operated, museum quality exhibition space that could expose local and regional artists to new audiences while launching them to the next level of their careers. It was also uniquely capable of commissioning new and site-specific works in a physical space dedicated to the intersection of contemporary art and the downtown corps, poised at the city’s 21st-century renaissance. In short order she established an ambitious course for the gallery that quickly led to success. Her personal convictions about the importance of art in our lives, especially contemporary work, informed her vision for the gallery and her hopes for the Cincinnati arts community. In a 1996 interview with Barbara Bonney for Antenna arts magazine LoveLarkin spoke extensively about this subject:

“There is a fear society has of art right now, especially any art having to do with gender and sexuality issues or politics—things we don’t want to acknowledge in ourselves or in society. I think it’s our responsibility as art professionals to help bridge that gap for people. I think art has to be a challenge; otherwise I don’t really think it is art. If the art only provides the neutral experience for people, then I don’t think it’s very good art.”

Salli LoveLarkin was diagnosed with ALS (amyotrophic lateral sclerosis, or Lou Gehrig’s disease) in late 1996. She managed to continue her work at the gallery another year and a half until fatigue forced her retirement in the spring of 1998. After a long and courageous fight she succumbed to the disease in April 1999. Salli LoveLarkin was 62. 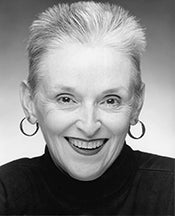 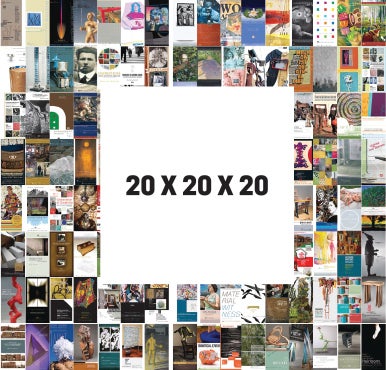 20 x 20 x 20: Celebrating 20 Years of the Weston Art Gallery and the Aronoff Center for the Arts

20 x 20 x 20: Celebrating 20 Years of the Weston Art Gallery and the Aronoff Center for the Arts