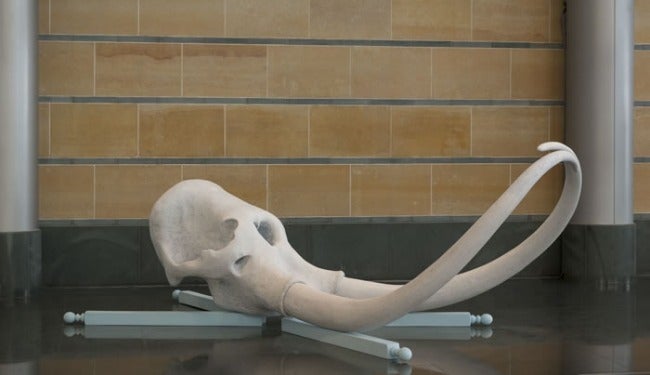 CINCINNATI, Ohio—On Friday, September 20, from 6 to 9 p.m., the Cincinnati Arts Association’s Alice F. and Harris K. Weston Art Gallery in the Aronoff Center for the Arts will launch its 2013-14 season with an opening reception for No Shelter, an evocative group of sculpture by Matthew Flegle in his first solo exhibition.

Matthew Flegle earned a Bachelor of Fine Arts from Ohio State University in 1995 and a Master of Fine Arts from Stanford University in 2003. He was an artist-in-residence at Anderson Ranch Arts Center (Snowmass Village, CO) in 1998-99, the Vermont Studio Center in 2000, and at the Bemis Center for the Arts (Omaha, NE) in 2000-01. Flegle was awarded the New York Foundation for the Arts Fellowship in 2001 and the Murphy + Cadogan Award in 2002. While living in the San Francisco Bay Area, he participated in exhibitions at Catherine Clark Gallery (San Francisco, CA, 2003); The Luggage Store Gallery (San Francisco, CA, 2004); and Headlands Center for the Arts (Sausalito, CA, 2005). He relocated to Columbus, OH, in 2006 to accept a teaching position at the Columbus College of Art and Design where he currently serves as a fine arts instructor and exhibitions manager. Since returning to Ohio he has participated in exhibitions at the Weston Art Gallery (Cincinnati, OH); Ohio University Urban Arts Space (Columbus, OH); Columbus Cultural Arts Center (Columbus, OH); Decorative Arts Center of Ohio (Lancaster, OH); Canzani Gallery at the Columbus College of Art and Design (Columbus, OH); and the Columbus Museum of Art (Columbus, OH). In 2012, he was awarded an Individual Artist Fellowship from the Greater Columbus Arts Council.

Flegle, Matthew - (l to r) No Shelter (Version 1) and Shroud, installation view 1b