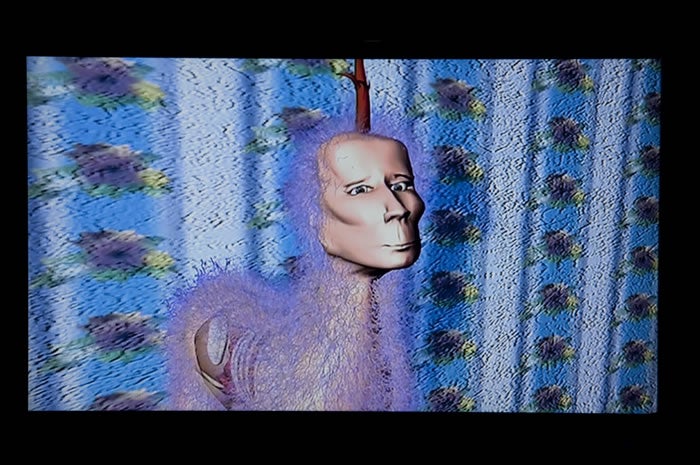 Built in the Digital World

The Cincinnati Arts Association’s Alice F. and Harris K. Weston Art Gallery in the Aronoff Center for the Arts presents Built in the Digital World, a group exhibition of artists whose work originates in the computer realm through the use of 3-D imaging and other software programming. Comprising the entirety of the Weston Art Gallery, the exhibition will feature painting, prints, sculpture, and video by participating artists: James Duesing (Pittsburgh, PA), Kimberly Burleigh, McCrystle Wood, and Derrick Woodham (all Cincinnati, OH).

Artists are often on the leading edge of technology. Their insatiable appetite for experimentation and for exploring different techniques often leads into pioneering technologies that aid them in the development of new work. The four artists participating in this exhibition are fully engaged in utilizing the computer as a tool to develop and refine creative ideas. Built in the Digital World seeks to highlight these artistic endeavors and affords the public a unique opportunity to see the transformation of these digital explorations into tangible works of art.

Kimberly Burleigh is a professor and former Director of Graduate Studies in Fine Arts at the University of Cincinnati’s College of Design, Architecture, Art, and Planning. Honored with numerous grants and fellowships from such institutions as the National Endowment for the Arts, the Ohio Arts Council, and the New Jersey State Council on the Arts, she has shown her work in more than 100 exhibitions throughout the United States and abroad. Burleigh will present a series of watercolors and oil paintings that began as virtual experiments in the computer with various aspects of fluid dynamics. Her resulting works contrast the beauty of liquid movement with the toxicity of the fluid itself.

James Duesing is a computer animator and video artist. His work has been exhibited throughout the world in venues as diverse as The Sundance Film Festival, PBS, SIGGRAPH, The Berlin Video Festival, MTV, Shanghai Animation Festival, Film Forum, and the Seoul Animation Center. He currently serves as a professor in electronic and time-based art at Carnegie Mellon University’s School of Art.
Duesing will present End of Code, a new animated film which will be featured as a large video projection. In addition, a series of five earlier films that trace Duesing’s development from hand-drawn animations to his early computer investigations will be presented for more intimate study in a small viewing suite. A series of four lithographs of animation stills featuring a host of off-beat characters from earlier films, along with a grid of paintings from a principal character in End of Code, will also be shown.

McCrystle Wood is a professor in the School of Design at the University of Cincinnati’s College of Design, Architecture, Art, and Planning where she has served since 1982. She currently teaches in the School of Design’s Foundation Studies and Digital Design programs. Her fine arts work has been exhibited nationally and internationally, and can be found in more than forty public collections including American Data Processing, Atlantic Richfield Corporation, Ethicon, Hyatt Hotels, Johnson and Johnson, Prudential, and the Cincinnati Art Museum. Wood constructs surreal landscapes and hybrid forms merging female figures with flowers by employing a 3-D computer modelling program to produce a series of evocative archival ink-jet prints.

Derrick Woodham was born and educated in Great Britain and graduated from the Royal College of Art in 1966. He represented contemporary trends in British sculpture in many group exhibitions which toured in Europe, the United States, and Japan. Since moving to the United States in 1968, he has taught fine art at the Philadelphia College of Art, the University of Iowa, the University of Kentucky, and the University of Cincinnati where he taught for the School of Art in the College of Design, Architecture, Art, and Planning until his retirement in 2001. He first began to model his sculpture on the computer in 1993. His site-specific installation, Twister, a 44-foot-tall conical sculpture constructed from painted electrical conduit was featured at the Weston Art Gallery from October 10, 1997 to April 5, 1998, and represented his first art work to evolve as a design on the computer before being constructed in a real environment. Four large-scale sculptures of Woodham’s will be featured in the Gallery’s street-level exhibition space. In addition, a computer station in the lower gallery entrance will provide online access to Active Worlds, an interactive sculpture park created by Woodham during his tenure at the University of Cincinnati that allows viewers to take a virtual tour of sculptures contributed by a variety of artists.

An informal Gallery Talk with the artists will be presented on Wednesday, June 27 at 7 p.m.

signage wall 1a with McCrystle Wood (Epanoui, In Full Bloom, 2012)

installation view with Burleigh (left and center) and Wood (right)

installation view 1a (l-r) of Kimberly Burleigh and McCrystle Wood