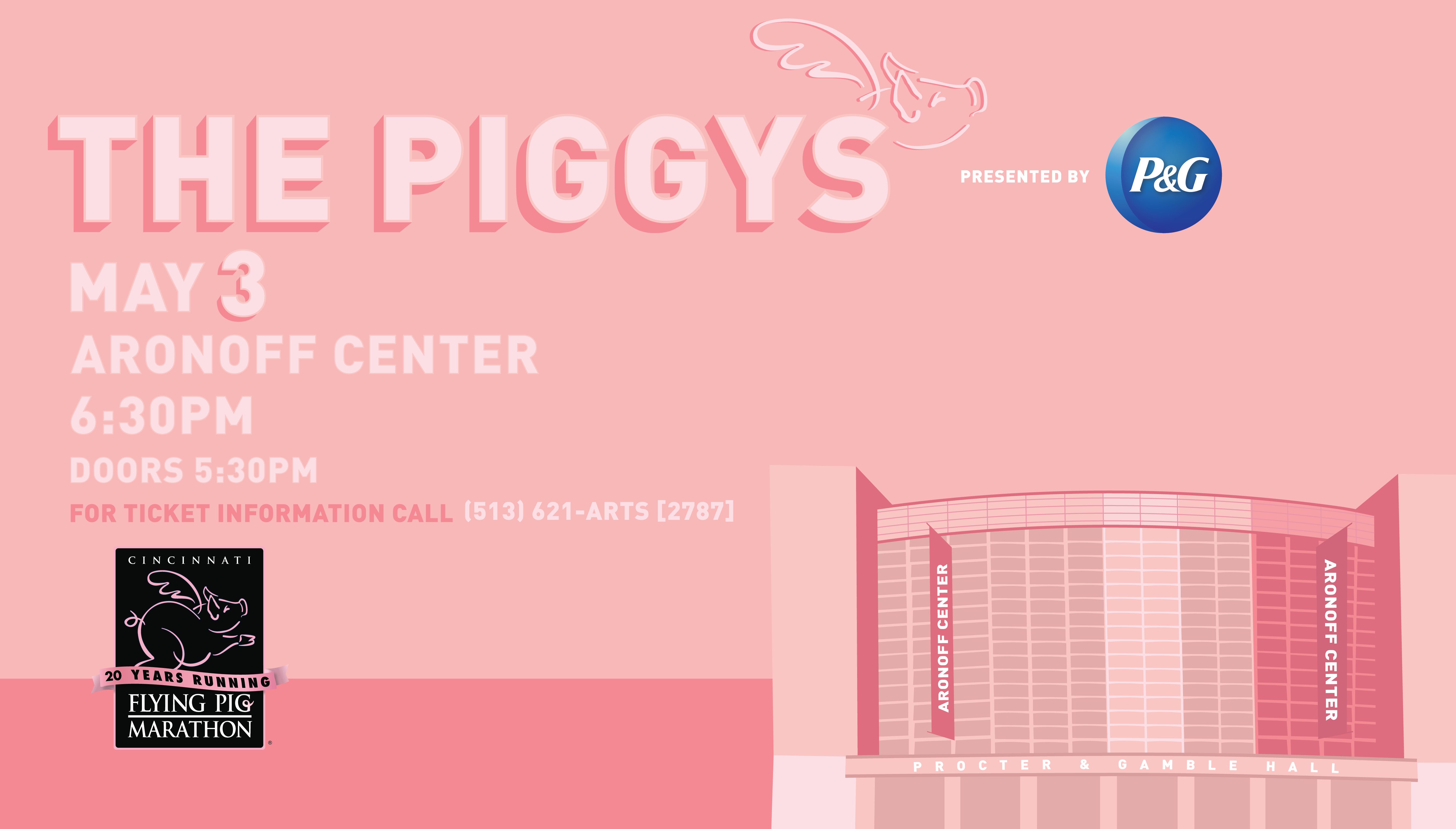 The Cincinnati Flying Pig Marathon powered by P&G, which is marking its 20th running this year with a series of events honoring participants, volunteers and community partners who have made this running festival one of the largest in the country, announced today that it will produce an awards show staged at the Aronoff Center and televised on TV.

Also to mark the anniversary, the Flying Pig will curate a 20-day festival called “20 Days on the Run” starting on April 13 leading up to Marathon weekend, featuring daily celebrations in the communities along the Marathon and Half Marathon routes. A full schedule will be released in March.

A 100-page commemorative coffee table book will be published featuring the history of the Flying Pig Marathon and photos from the talented photography team led by Mark Bowen, thanks to a grant from the Haile Foundation. An accompanying photo exhibit is also being planned for the spring.

Registration is now open for all events for Flying Pig weekend. More information and a link to the registration page is available at www.flyingpigmarathon.com.