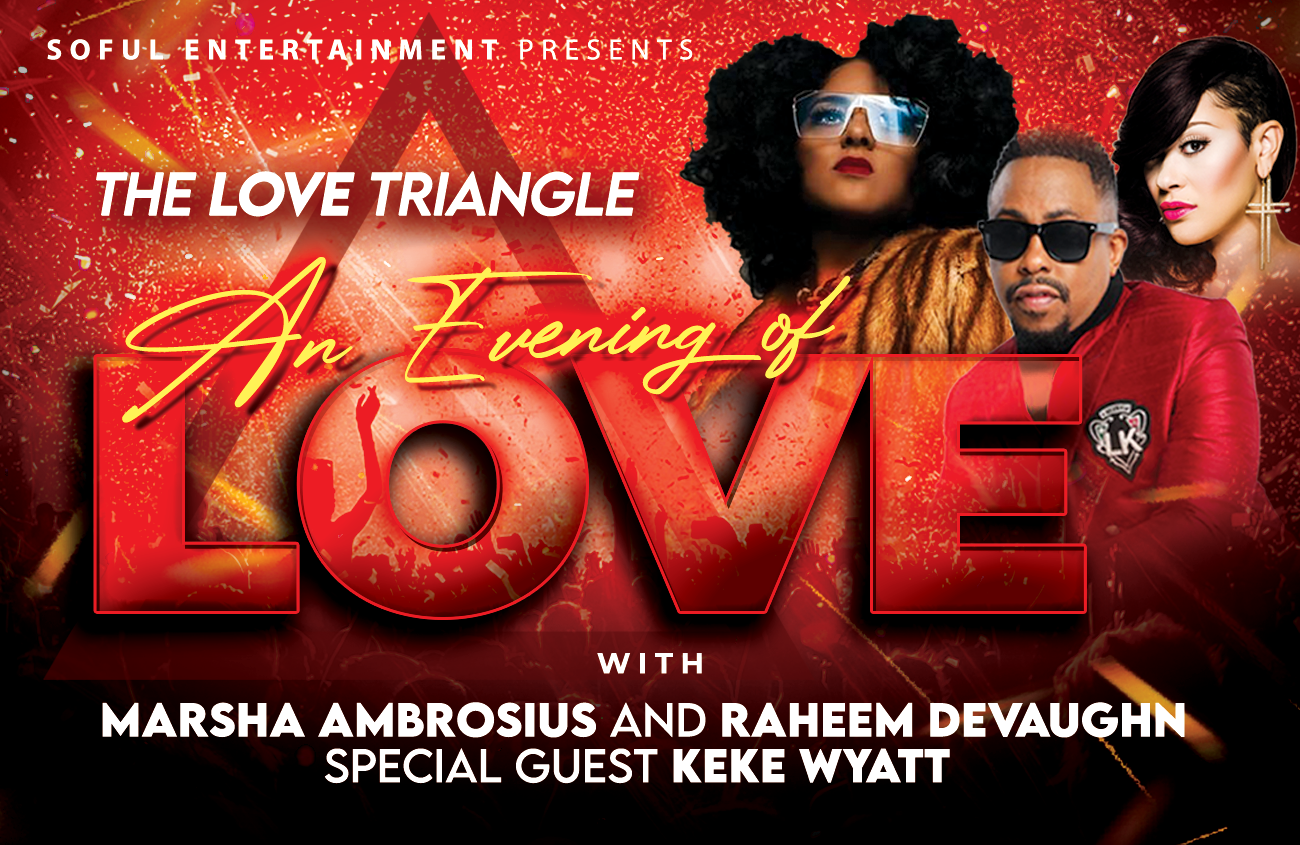 The Love Triangle/An Evening of Love

Hailing from Liverpool, England, fans first got a taste of Marsha’s talent as the singing half of the duo Floetry. Their 2000 debut album, Floetic, produced signature singles like “Say Yes" and "Getting Late," as well as four Grammy nods. Marsha continued to build a name for herself as a songwriter and producer, creating “Butterflies” for the late Michael Jackson and other hits for artists such as Alicia Keys, Justin Timberlake, Jamie Foxx, and Nas. She’s been nominated for a total of six Grammys and has been honored by BMI as their Songwriter of the Year.

Raheem DeVaughn is better known as the "Love King." His debut album, The Love Experience, reached No. 46 on the US Billboard 200 album chart. It featured the singles "Guess Who Loves You More" and "You." His second album, Love Behind the Melody, was released in January 2008 and he didn’t stop there. With more hits like "Zaddy," "Customer," and "Black Ice Cream," Raheem’s music will contribute to an evening of love.

"Keke" Wyatt is a singer-songwriter, actress, and television personality. During her career, Wyatt has released official studio albums, including Soul Sista (2001), Who Knew? (2010), Unbelievable (2011), and her latest release, Rated Love (2016). All of these albums charted prominently on Billboard, as did her first and only EP release, Ke'Ke' (2014). Wyatt has also released a number of charting singles, with the lead single "Sexy Song" from the album Rated Love peaking at number 29 on the Adult R&B Songs chart.