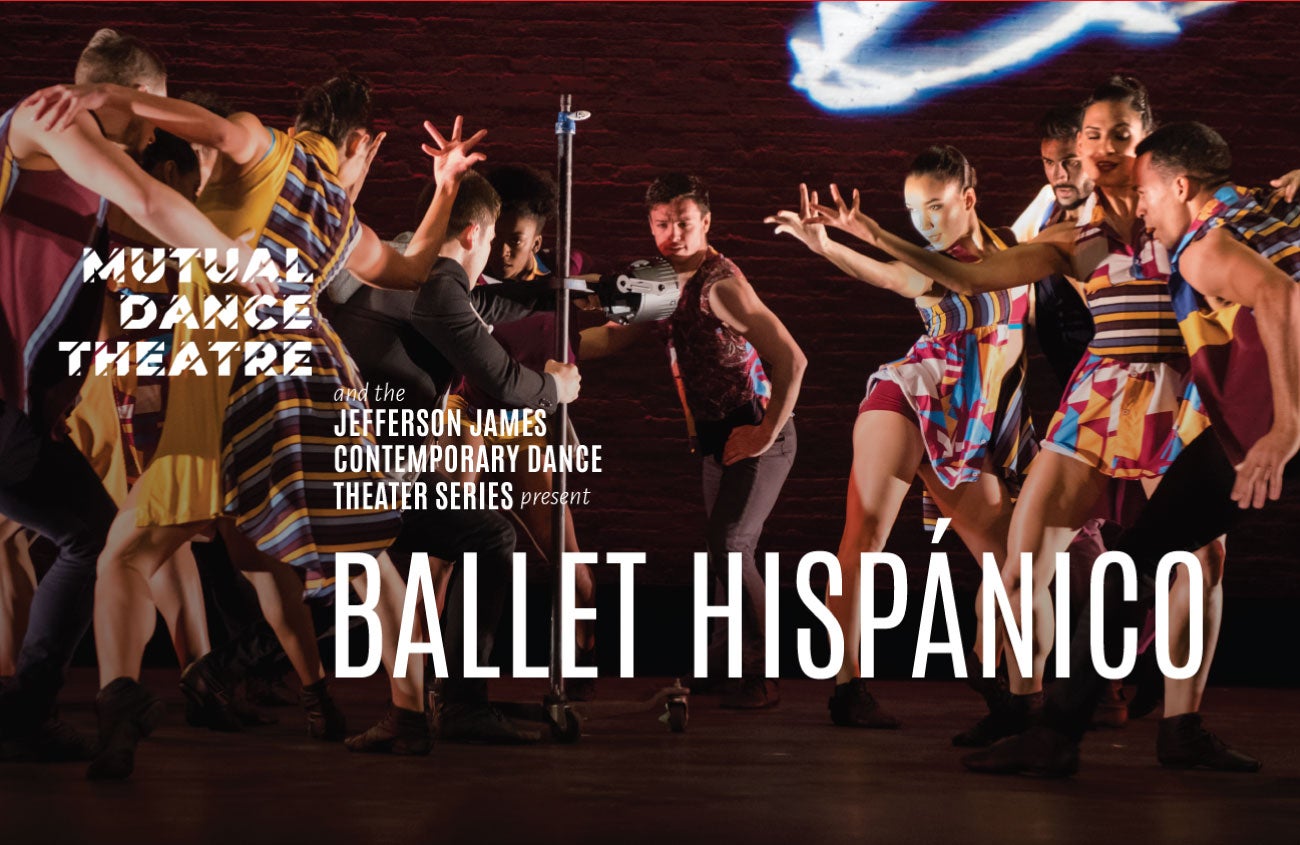 Ballet Hispánico was founded by National Medal of Arts recipient Tina Ramirez in 1970, and today has grown to be the largest Latinx cultural organization in the U.S. Ballet Hispánico has been named one of America's Cultural Treasures, celebrating and exploring Latinx cultures through dance.

In this mixed-repertory concert, the world-class ensemble that dances with exquisite and virtuosic technique will perform the following works:

In Tiburones, internationally sought-after choreographer Annabelle Lopez Ochoa addresses the discrimination and stereotypes placed upon Latinx culture and the media's power to portray these themes by diminishing the voices of Latinx artists. Ochoa will deconstruct gender roles and identity to revitalize an authentic perspective of Puerto Rican icons appropriated within the entertainment industry.

18+1 celebrates Gustavo's 19 years as a choreographer and the vulnerability, care, and hope that come with each artistic endeavor. In a display of subtle humor and electric choreography, the movement merges with the playful rhythms found in Pérez Prado's mambo music. Sansano draws from his history and memory to take a joyous look at the past, present, and coming future. (Mutual Dance Theatre and the JJCDT fondly remember presenting Luna Negra under Gustavo's directorship in 2012.)

With humility, nostalgia, and humor, Michelle Manzanales explores the iconic Mexican symbols that she was reluctant to embrace as a Mexican-American child growing up in Texas. Intertwining folkloric details with a distinctly contemporary voice in dance, set to music that ranges from Julio Iglesias to rock en Español, Con Brazos Abiertos is a fun and frank look at a life caught between two cultures.