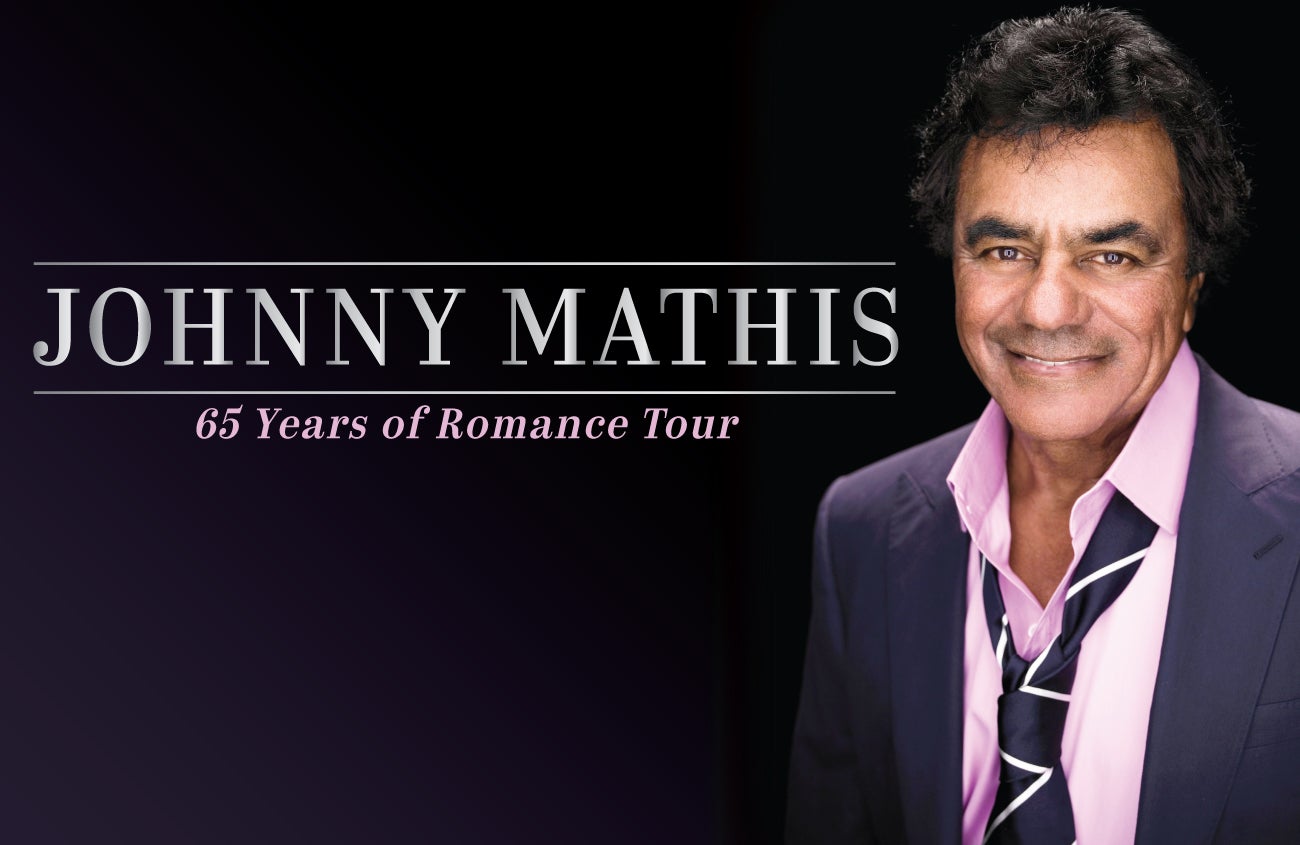 Celebrating his 65th year in the music industry, Johnny Mathis is a sublime vocalist whose approach to pop music eclipses passing fads and trends. He has performed songs in an incredible variety of styles and categories – from music composed for stage and film to golden era jazz standards, contemporary pop hits, and holiday music, all of which has assured his reputation as one of the most enduring vocalists in music history.

Best-known for his supremely popular hits like "Chances Are," "It's Not For Me To Say," and "Misty," Johnny has recorded close to eighty albums and six Christmas albums, and has sold millions of records worldwide. During his extensive career, he has had three songs inducted into the GRAMMY Hall of Fame achieved fifty hits on Billboard’s Adult Contemporary Chart, and ranks as the all-time #6 album artist in the history of Billboard’s pop album charts.

Johnny comes to Cincinnati to perform some of his greatest hits and personal favorites. Hear why this music legend will always be the Voice Of Romance!