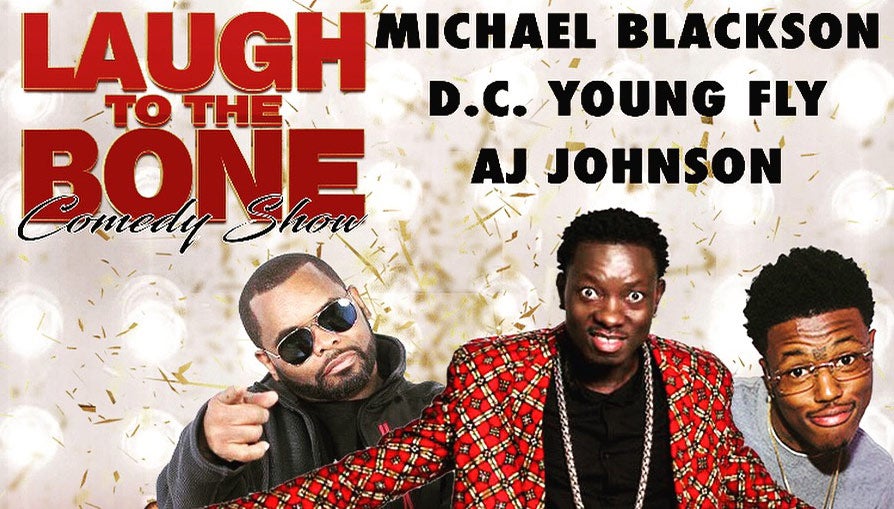 Home|Tickets & Events|Laugh to the Bone with Michael Blackson and D.C. Young Fly

Laugh to the Bone with Michael Blackson and D.C. Young Fly

Presented by Touch of Splash

Come out to support the city of Cincinnati. Bring some laughter and smiles to the city for the New Year with Michael Blackson and D.C. Young Fly.

He has been called one of the most original stand-up comics in the country, and his performances have audiences laughing in tears. Michael Blackson, aka ‘The African King of Comedy’, has been entertaining audiences all across the country and around the globe for more than a decade. Blackson’s comedic appeal grew from his involvement with BET’s ComicView series, HBO’s Def Comedy Jam, Showtime at Harlem, and Live in Hollywood. Blackson’s outstanding and unforgettable performance in the smash hit comedy, Next Friday, drew praise and a fan following like no other.

John Whitfield, better known by his online alias and persona DC Young Fly, is an American rapper, actor, comedian, singer, and internet personality.  He is known for his Vine videos, appearances on MTV's Wild 'n Out and is one of the five new hosts of the comeback of MTV's TRL.