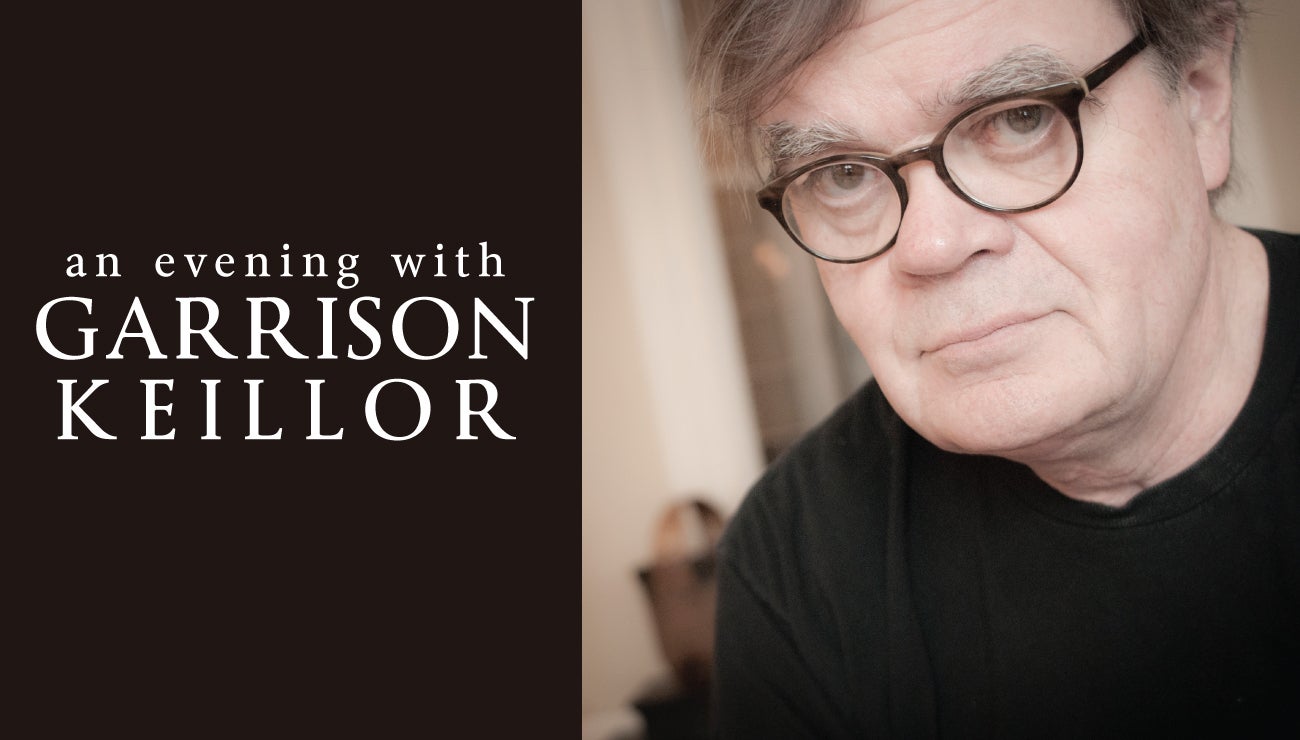 An Evening with Garrison Keillor

In a solo performance, the acclaimed former host of 'A Prairie Home Companion' shares hilarious anecdotes about growing up in the American Midwest, the people of Lake Wobegon, and 'late-life fatherhood'. With a wonderful, dry sense of humor, Keillor captivates audiences using his unique blend of comedy, class, charisma, and wisdom.

One of the most prolific American storytellers of all time, Garrison Keillor is a writer and humorist best known for his popular live radio variety show, 'A Prairie Home Companion', which attracts more than four million listeners on more than six hundred public radio stations each week.

Keillor is also the host of the daily radio and online program, 'The Writers Almanac', and the editor of several anthologies of poetry, most recently Good Poems: American Places. A best-selling author, he has published more than two dozen books, including Lake Wobegon Days, The Book of Guys, Pilgrims, Guy Noir and the Straight Skinny, and Homegrown Democrat. In 2006, Keillor played himself, alongside a cast that included Meryl Streep, Lily Tomlin and Kevin Kline, in the critically-acclaimed film adaptation of A Prairie Home Companion, directed by Robert Altman.

With Grammy, ACE, and George Foster Peabody awards, Keillor has also been honored with the National Humanities Medal, and election to the American Academy of Arts and Letters.