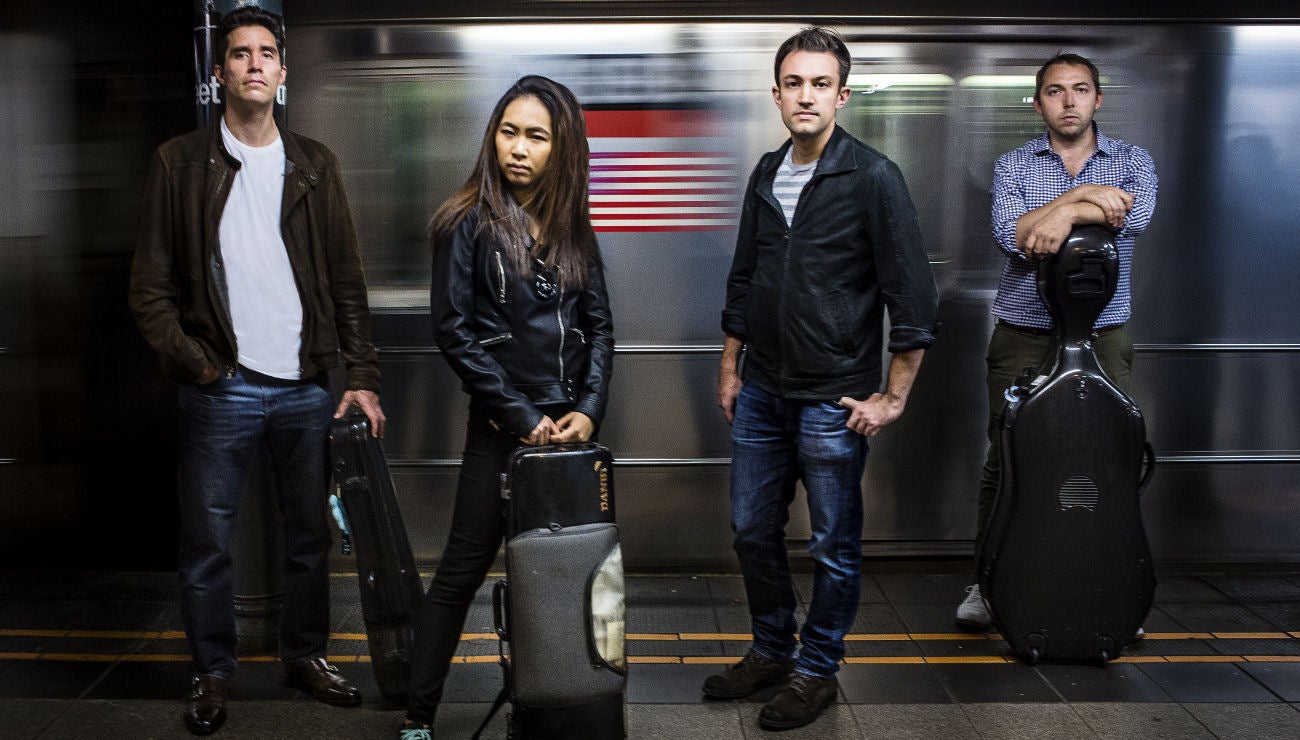 Founded in 2005 and championed by the Emerson Quartet, within months of its inception the Escher Quartet was invited by both Pinchas Zukerman and Itzhak Perlman to be Quartet in Residence at each artist’s summer festival. The quartet has since collaborated with artists including David Finckel, Leon Fleischer, Wu Han, Lynn Harrell, Cho Liang Lin, Joshua Bell, Paul Watkins and David Shifrin, as well as jazz saxophonist Joshua Redman, vocalist Kurt Elling, legendary Latin artist Paquito D’Rivera and Grammy award-winning guitarist Jason Vieaux. In 2013, the quartet became one of the very few chamber ensembles to be awarded the prestigious Avery Fisher Career Grant.

In its hometown of New York City, the ensemble serves as Season Artists of The Chamber Music Society of Lincoln Center, where it has presented the complete Zemlinsky Quartets Cycle, as well as being one of five quartets chosen to collaborate in a complete presentation of Beethoven’s string quartets. The Escher has performed in virtually all the great chamber music halls, including in the U.S., Alice Tully Hall at Lincoln Center, Washington’s Kennedy Center, and in Europe at London’s Wigmore Hall, Berlin’s Konzerthaus, the Auditorium de Louver in Paris, and Amsterdam’s Concertgebouw.