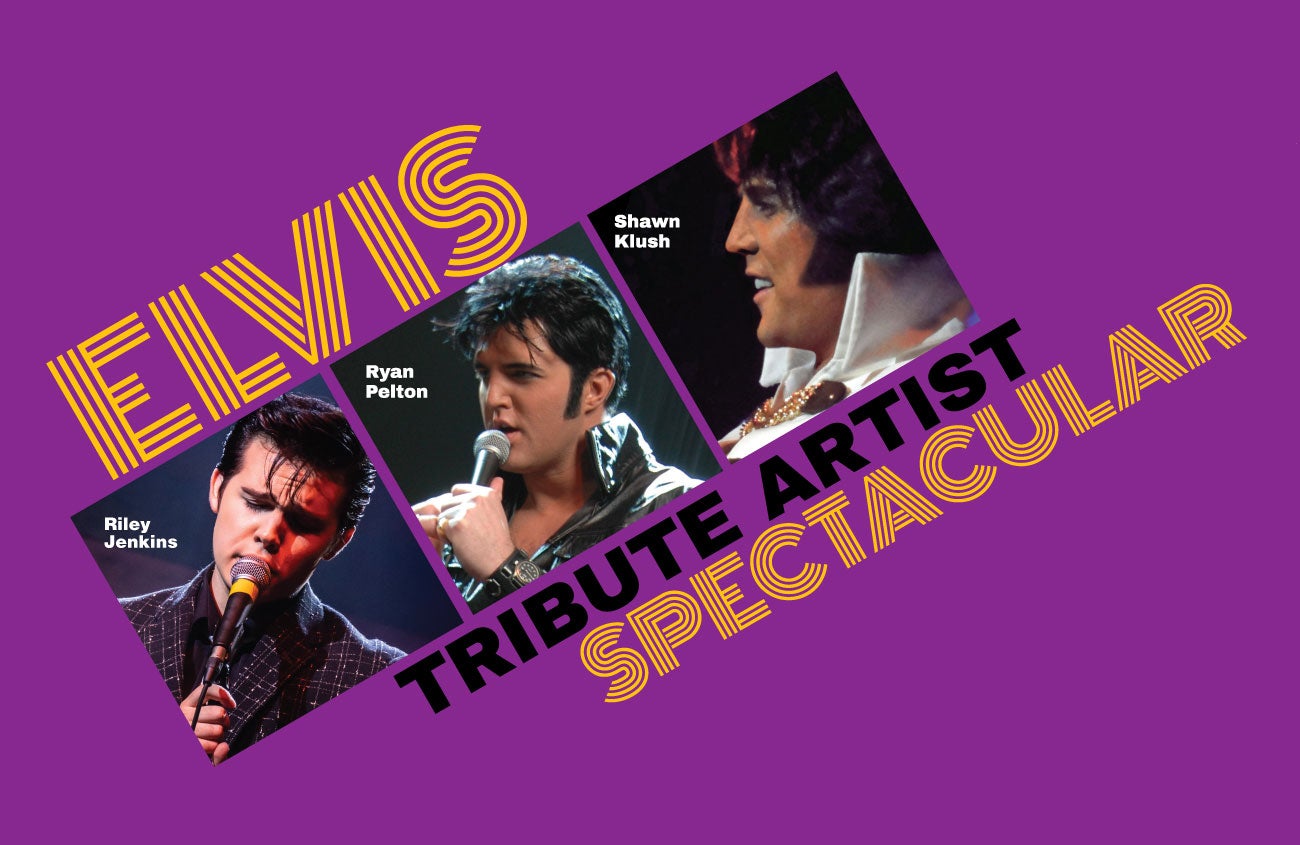 THE ELVIS TRIBUTE ARTIST SPECTACULAR is a concert celebrating the music of Elvis Presley era by era, beginning with the early rock-a-billy years and moving through the military years, the movie years, the "’68 Comeback Special” in black leather, and finally, the Las Vegas concert years.

Elvis’ favorite award-winning gospel group is back to join the tour by popular demand.

The concert is backed by THE FABULOUS AMBASSADORS SHOW BAND and THE NASHVILLE DREAMS.