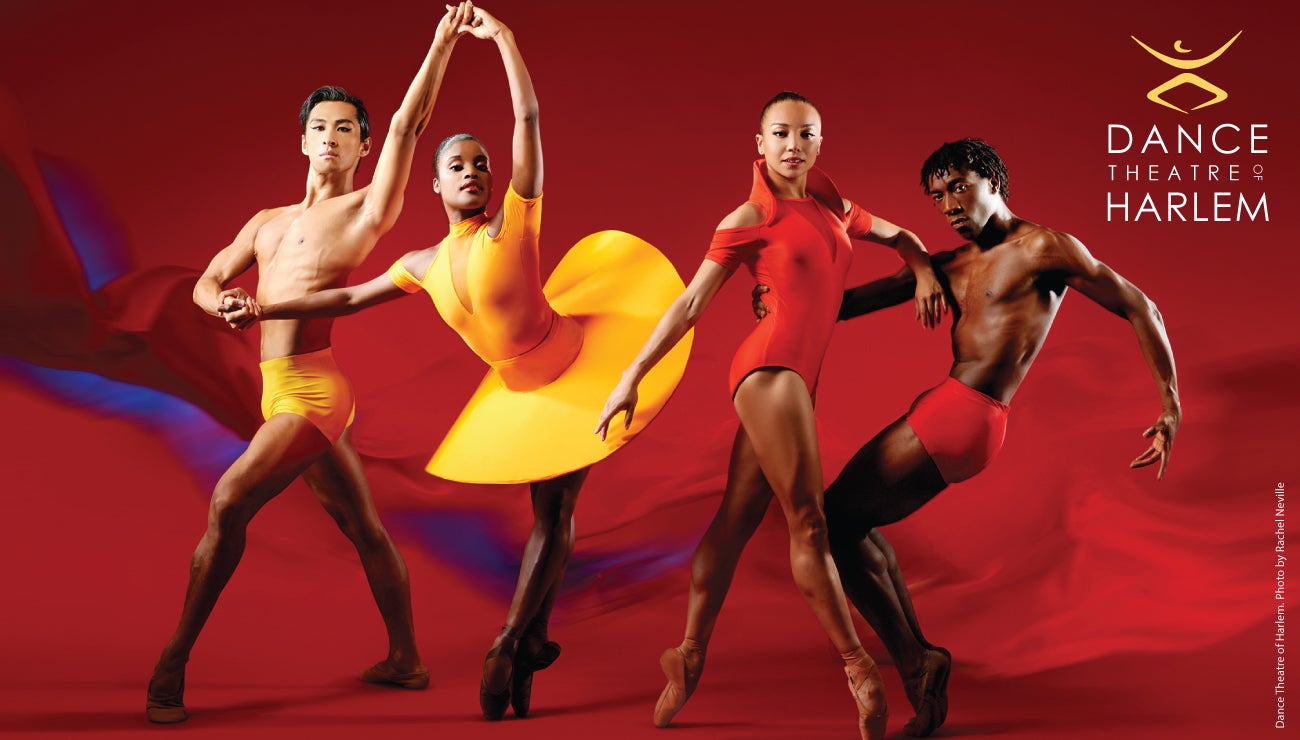 Dance Theatre of Harlem (DTH) is known for its thrilling performances that successfully challenge preconceived notions. The DTH Company consists of fourteen racially diverse dance artists who perform an eclectic, demanding repertoire. From treasured classics, neo-classical works by George Balanchine and resident choreographer Robert Garland, cutting-edge contemporary works, and works that use the language of ballet to celebrate African American culture, the Company brings new life to the art form of classical ballet. In addition to performances in New York City, across the country, and abroad, Company activities that carry a message of empowerment through the arts also include engaging community through educational activities for audiences and young people.

Forty-eight years ago, Arthur Mitchell and his mentor Karel Shook founded Dance Theatre of Harlem as a beacon of hope for the youth in the underprivileged neighborhood where Mitchell grew up. An acclaimed principal dancer with George Balanchine’s New York City Ballet, Mitchell took the assassination of Dr. Martin Luther King, Jr. as a call to action. Drawing on his expertise and his prominence as the first African American to be a permanent member of a major U.S. ballet company, Mitchell’s ground-breaking idea was to transform the lives of young people in Harlem by providing training in classical ballet. In a few short years, his response to tragedy became a leading dance institution of unparalleled global acclaim.