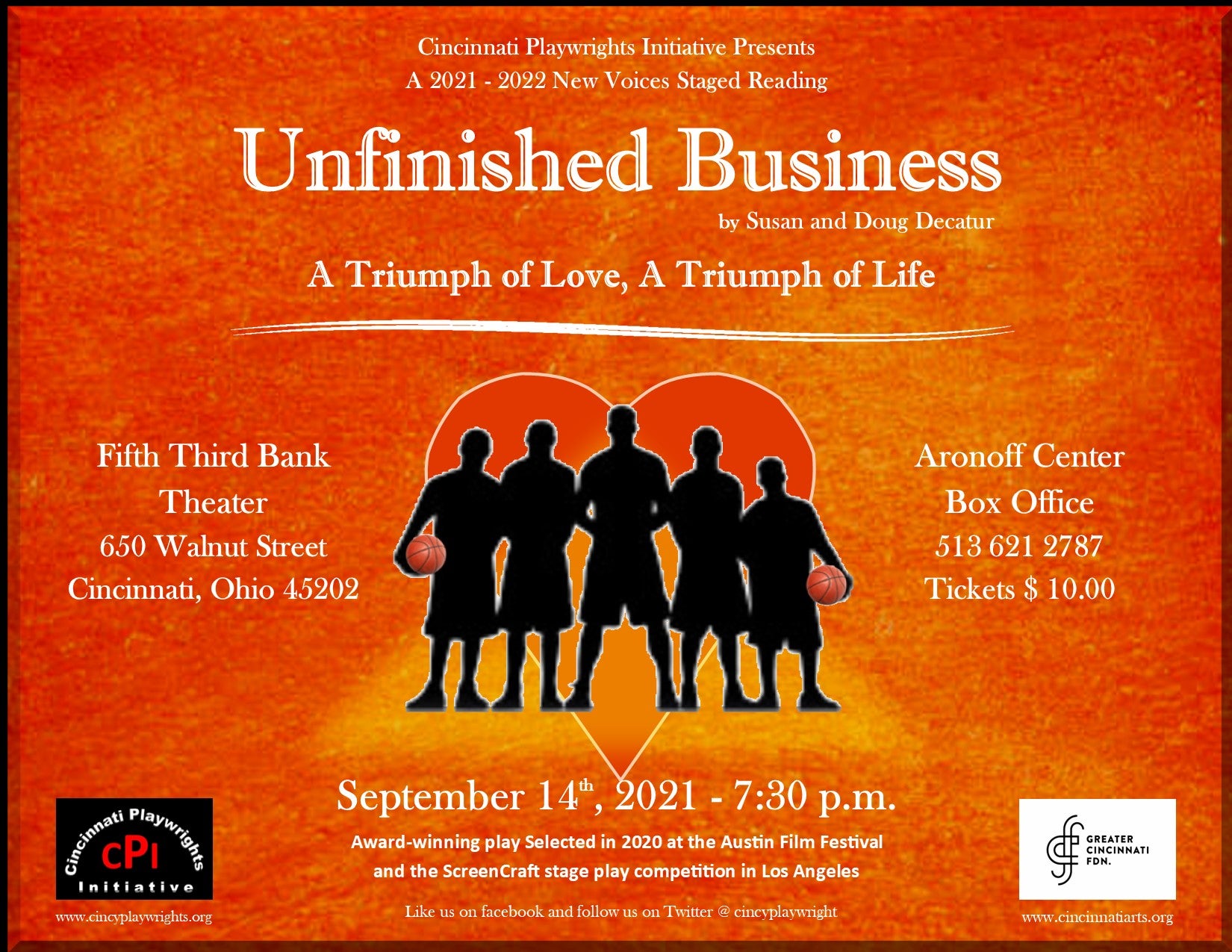 Unfinished Business is a comedy by husband-and-wife playwriting team Susan and Doug Decatur.  Doug has written eight plays, six of which have been stage-read by Cincinnati Playwrights Initiative over the last nine years. Two other plays were stage-produced at Village Players in Ft. Thomas, KY, and the Know Theatre in Cincinnati. Susan is the author of the short play, Denise’s Do-Over, read during CPI’s "Love Fest," last season. Denise’s Do-Over received a fully staged production at The Drama Workshop's Home Brew Theater competition, and again virtually at TDW's Home View Theater during the pandemic. Susan's short play Buy the Book was recently performed at the Know Theatre. Both Susan and Doug have also performed in CPI readings and community theatre presentations.