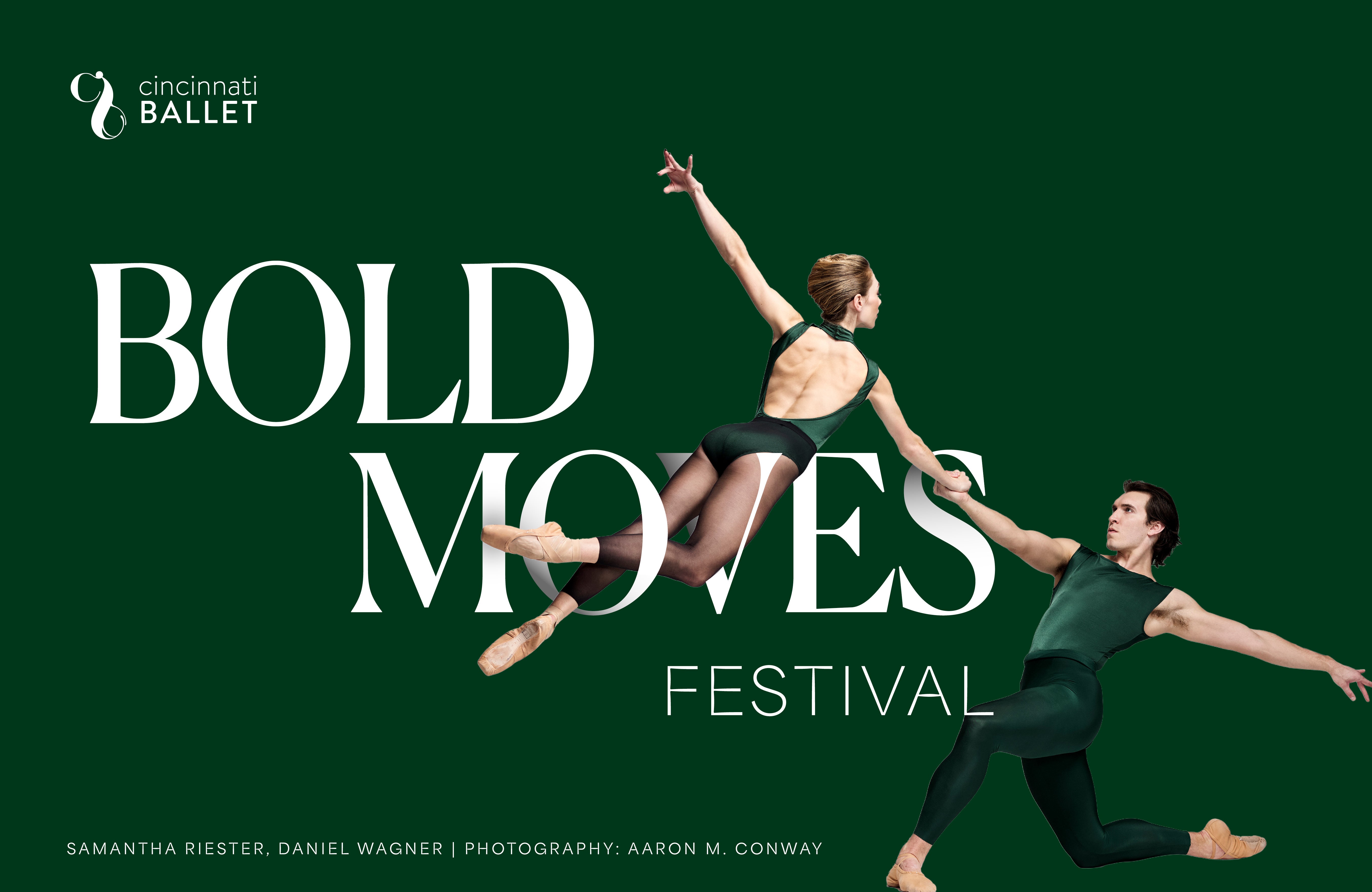 Our Season will conclude with the second year of the Bold Moves Festival. The production features two diverse programs, each with its own perspective on dance and its relationship to humanity. The featured works from some of dance’s most sought-after choreographers fluctuate between vehicles for emotional storytelling to choreography that focuses on the power and physicality of movement.

Audiences will enjoy pieces including Cincinnati Ballet resident choreographer Jennifer Archibald’s SIT, Val Caniparoli’s Ibsen’s House, William Forsythe’s In the middle, somewhat elevated, Annabelle Lopez Ochoa’s Written and Forgotten, and Garrett Smith’s Façades. The production will also include work from a Guest Company curated by Cincinnati Ballet Artistic Director Jodie Gates. The Guest Company will be publicly announced in early September 2022. The Festival schedule is uniquely designed for you to experience both programs, as well as immersive companion events and activites, over two weeks.