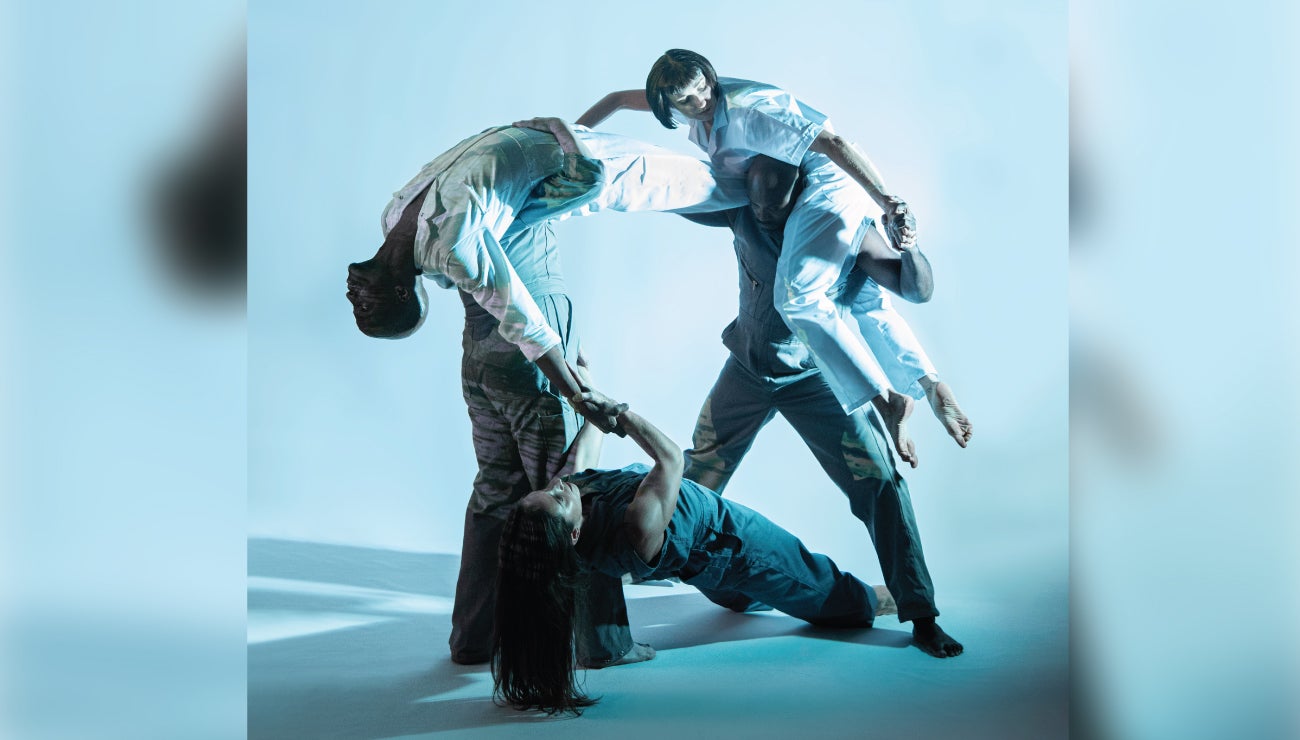 PLEASE NOTE: THIS EVENT IS BEING RESCHEDULED - DATE TBA

Floe, The Seldoms’ new dance-theater work about the climate crisis made in collaboration with playwright Seth Bockley, is about warming oceans, the vanishing of Arctic ice, oil extraction, and madness and delusion. The artists navigate this complex topic by weaving together multiple references to modern delusions: the theories of flat earth conspirators, contemporary climate change denialists, and the ill-fated whalers of Hermann Melville’s Moby Dick. They draw a link between the 19th c. whaling and the modern-day fossil fuel industries, both unsustainable exploitations of natural resources.

The performance, by turns irreverent and elegiac, embodies the fragmentation of our global conversation on climate change as it veers from anti-science conspiracy theories to the very real impacts of global warming on communities from the Gulf Coast to the Arctic Circle. Floe centers around a portrayal of the Earth itself — ice, water, and land — and our interwoven humanity — the people making our planet less hospitable, the people victimized by a changing earth — in short, all of us.

Sound design by Mikhail Fiksel includes voices from the Arctic region to the Gulf of Mexico, the latter recorded in interviews with civilian rescuers and flood survivors of Hurricane Harvey, during The Seldoms’ research residency in Houston.

Q&A AFTER THE SHOW

Join us after the Saturday night show for a Q & A time with the company and choreographer to find out more about the performance you just saw.