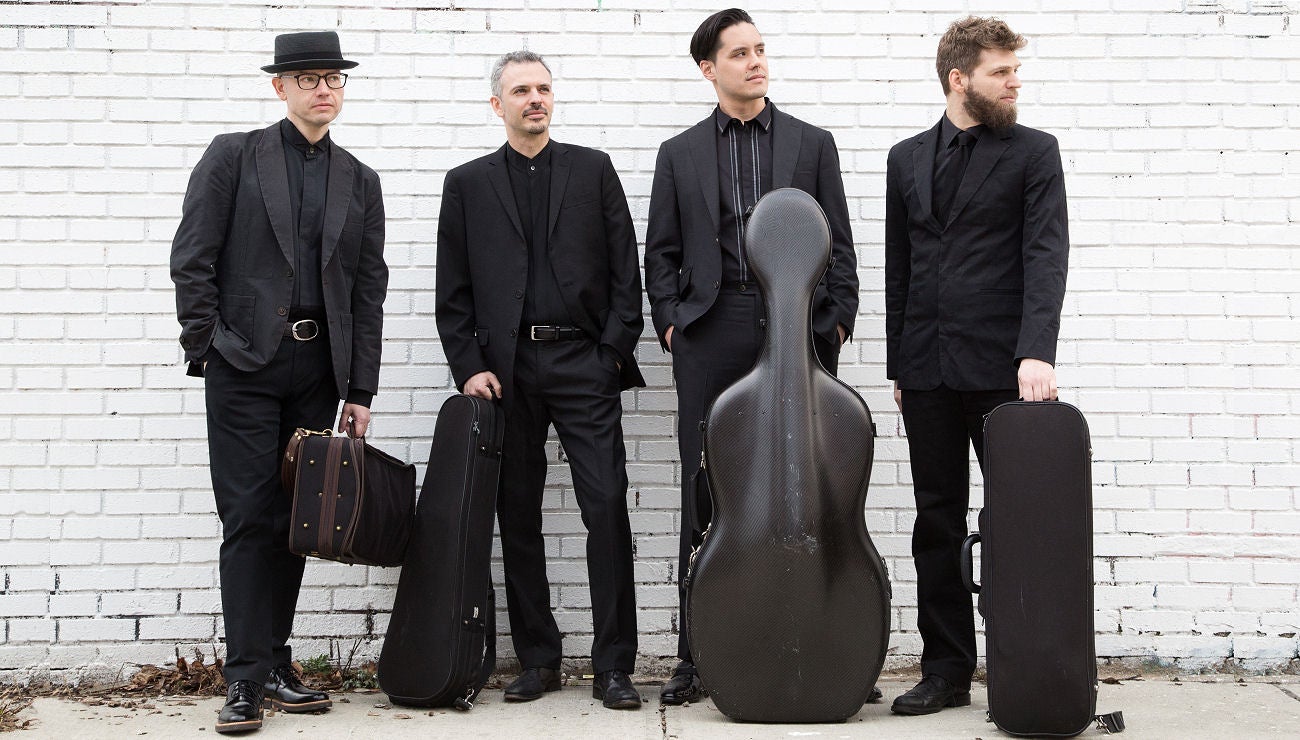 Founded in 2005, Brooklyn Rider is mainly known for playing unusual and contemporary repertoire -- and for collaborating with musicians from outside the classical music sphere. Yet its very first album, Passport (2008) was selected by NPR as one of the best classical albums of that year. In 2011, the quartet was chosen by American composer Philip Glass to record his complete string quartets, as well as the world premiere recording of his Bent Suite. Their 2012 album, Seven Steps, was also named to NPR's listener's choice best of 2012. In 2017, they released a disc of Glass' sixth and seventh quartets, along with an arrangement of his Saxophone Quartet for violin, two violas and cello.

In 2013, they appeared on Bela Fleck’s Deutsche Grammaphone release, The Imposter; in 2015 on So Many Things, with Anne Sophie von Otter; and in 2017 released Spontaneous Symbols, works composed for them over the prior five years.