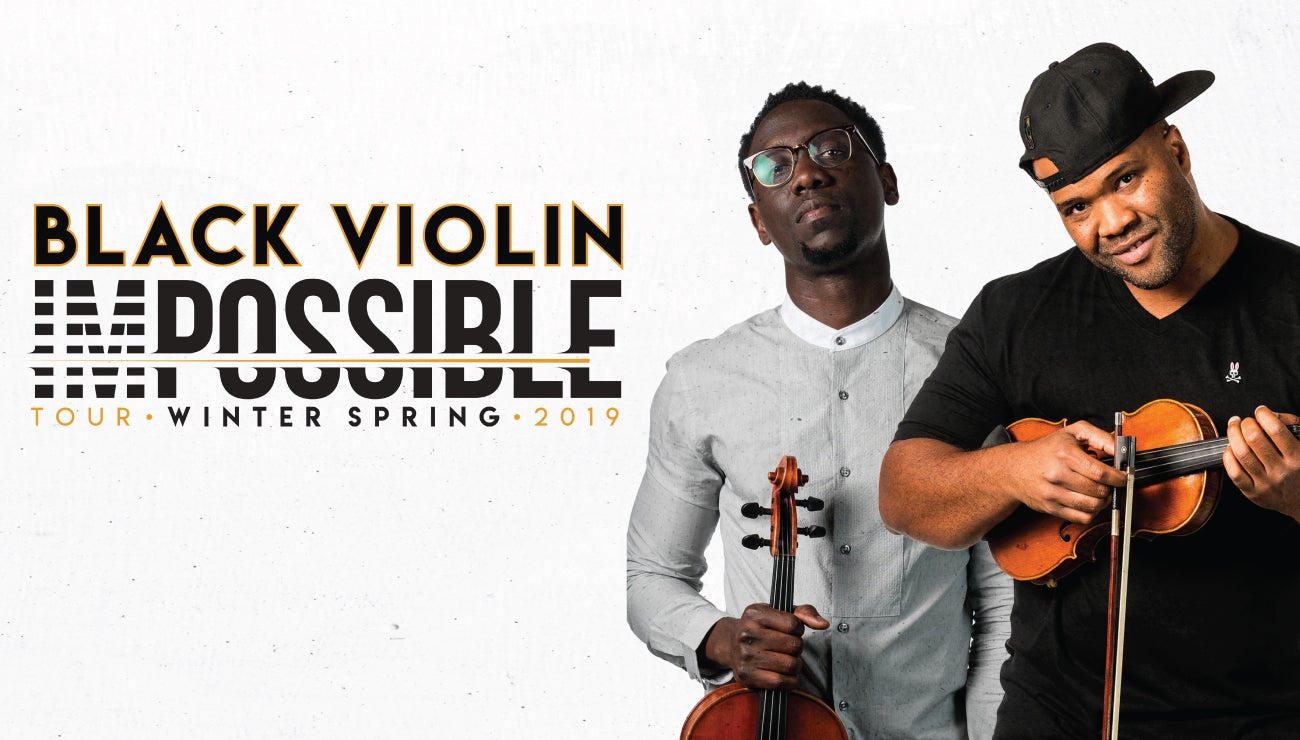 Black Violin is composed of classically-trained violist, Wil B., and violinist, Kev Marcus, who combine their classical training and hip-hop influences to create a distinctive multi-genre sound that is often described as “classical boom.” Black Violin has shared stages with top names including Kanye West, Aerosmith and Tom Petty, and has creatively collaborated with the likes of Wu-Tang Clan, Wyclef Jean and Alicia Keys.

Black Violin is currently writing and recording their next studio album with a track and music video expected to be released soon. The band’s most recent record, Stereotypes, debuted at #1 on the Billboard Classical Crossover Chart and #4 on the Billboard R&B Chart. NPR praised the album and band, saying “their music will keep classical music alive for the next generation.”

The duo composed music for the television series Pitch which debuted on FOX in 2016, and has appeared on HBO’s Ballers, The Tonight Show, The Wendy Williams Show, The Kate TV, and The Ellen Show.

In addition, Black Violin has performed for more than 100,000 students in the past twelve months throughout North America and Europe.