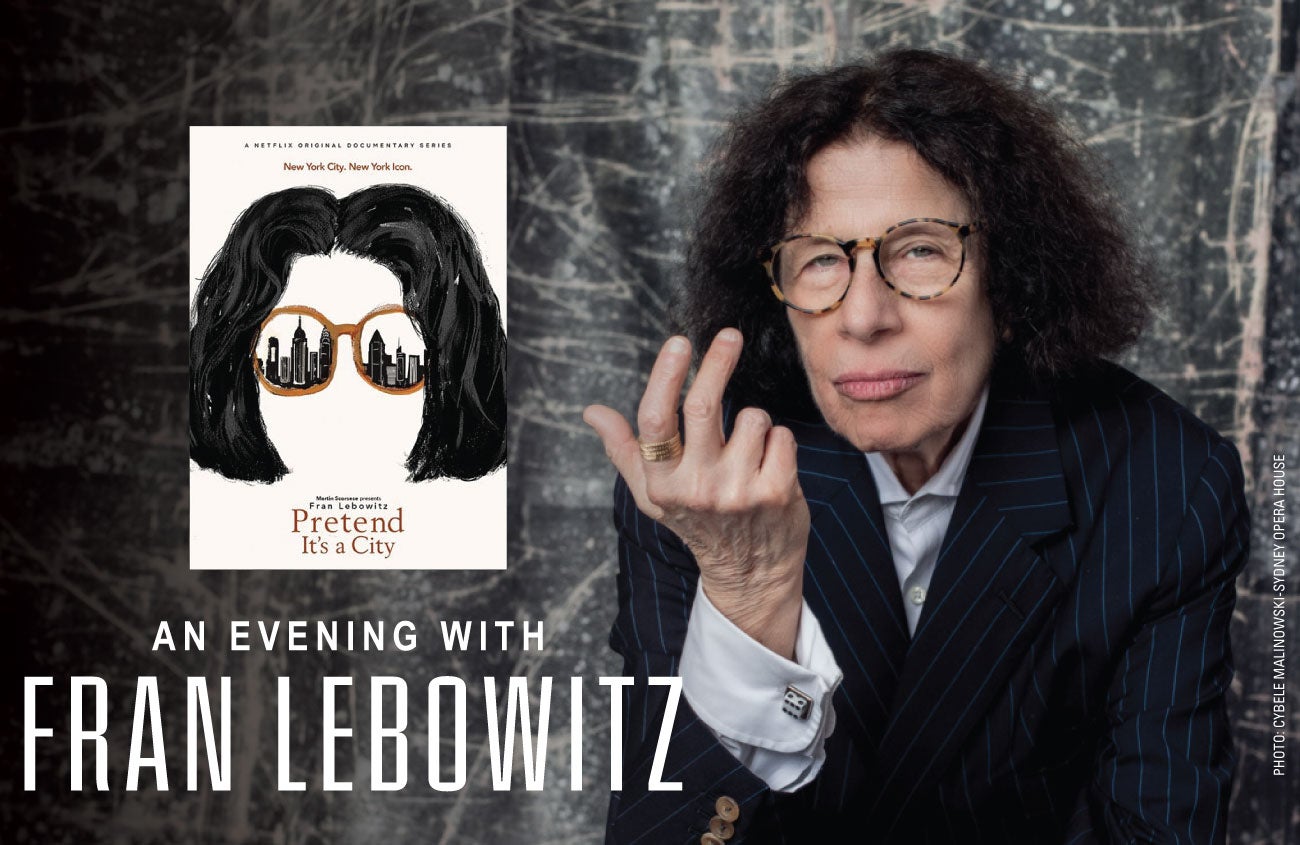 An Evening with Fran Lebowitz

Legendary author, journalist, and social observer Fran Lebowitz comes to Cincinnati for a live, in-conversation event, including an interview with a special guest moderator (TBA), followed by an audience Q&A and book signing. Coming off her latest, Emmy-nominated documentary series Pretend It’s a City, directed by Martin Scorsese and available now on Netflix, Fran Lebowitz stands out as one of the most insightful, humorous, and entertaining social commentators of our time.

Her essays and interviews offer her acerbic views on current events and the media – as well as pet peeves including tourists, baggage-claim areas, after-shave lotion, adults who roller skate, children who speak French, or anyone who is unduly tan. The New York Times Book Review calls Lebowitz an “important humorist in the classic tradition.” Purveyor of urban cool, Lebowitz is a cultural satirist whom many call the heir to Dorothy Parker.

Hilarious... an unlikely and perhaps alarming combination of Mary Hartman and Mary McCarthy.... To a dose of Huck Finn add some Lenny Bruce, Oscar Wilde and Alexis de Tocqueville, a dash of cabdriver, an assortment of puns, minced jargon, and top it off with smarty pants.” — The New York Times