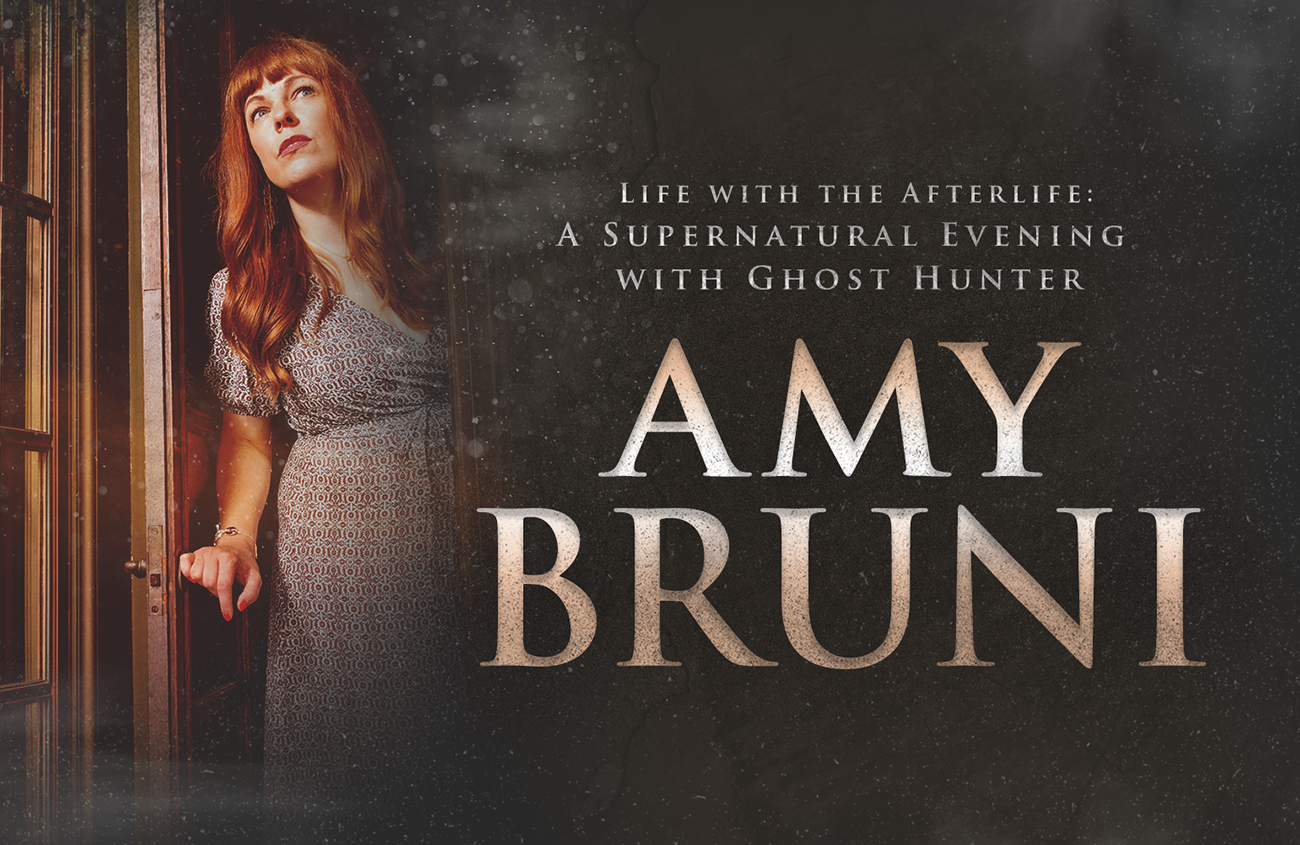 Home|Tickets & Events|Life with the Afterlife: A Supernatural Evening with Ghost Hunter Amy Bruni

Life with the Afterlife: A Supernatural Evening with Ghost Hunter Amy Bruni

This is an ASL interpreted Performance

Paranormal investigator, author, podcaster, and star of Kindred Spirits and Ghost Hunters, Amy Bruni shares hair-raising tales from her countless hours hunting ghosts at America’s most haunted locations. Amy shares her unique approach to interacting with the spirits of the dead and those who encounter them. By the end of the night, you will question everything you thought you knew about the spirit world and life after death.

Meet Paranormal investigator, author, podcaster, and star of Kindred Spirits and Ghost Hunters, Amy Bruni! The pre-show VIP Meet & Greet Experience includes a photo opportunity with Amy Bruni as well as early access to her merchandise before the show!

Meet & Greet tickets may only be picked up at the Music Hall Box Office Will Call window at 6:00 PM on the night of the event. The VIP Meet & Greet Experience is only available for purchase to those attending the show and is non-transferable. Please bring an ID and confirmation email matching the purchaser or attendee on the order.

Amy Bruni started her professional ghost hunting career just over a decade ago, but her experience with ghosts began when she was very young. She started working professionally as a paranormal investigator in 2007, when she began appearing on GhostHunters, of which she starred in 116 episodes. Now, she’s the co-star and executive producer of The Travel Channel’s Kindred Spirits, one of the longest-running and highest-rated paranormal television shows, which is currently airing its sixth season and is in pre-production for its seventh. Amy is also the host of the wildly popular Haunted Road podcast, which just wrapped its second season and is in pre-production for its third. In support of these shows, Amy has appeared at numerous conventions, like San Diego and New York Comic Cons, and has many event appearances planned in 2022 and 2023. In addition, Amy is the owner of Strange Escapes, a company offering paranormal excursions to some of America’s most notoriously haunted destinations. A native of northern California, Amy now lives in Newport, Rhode Island with her young daughter.