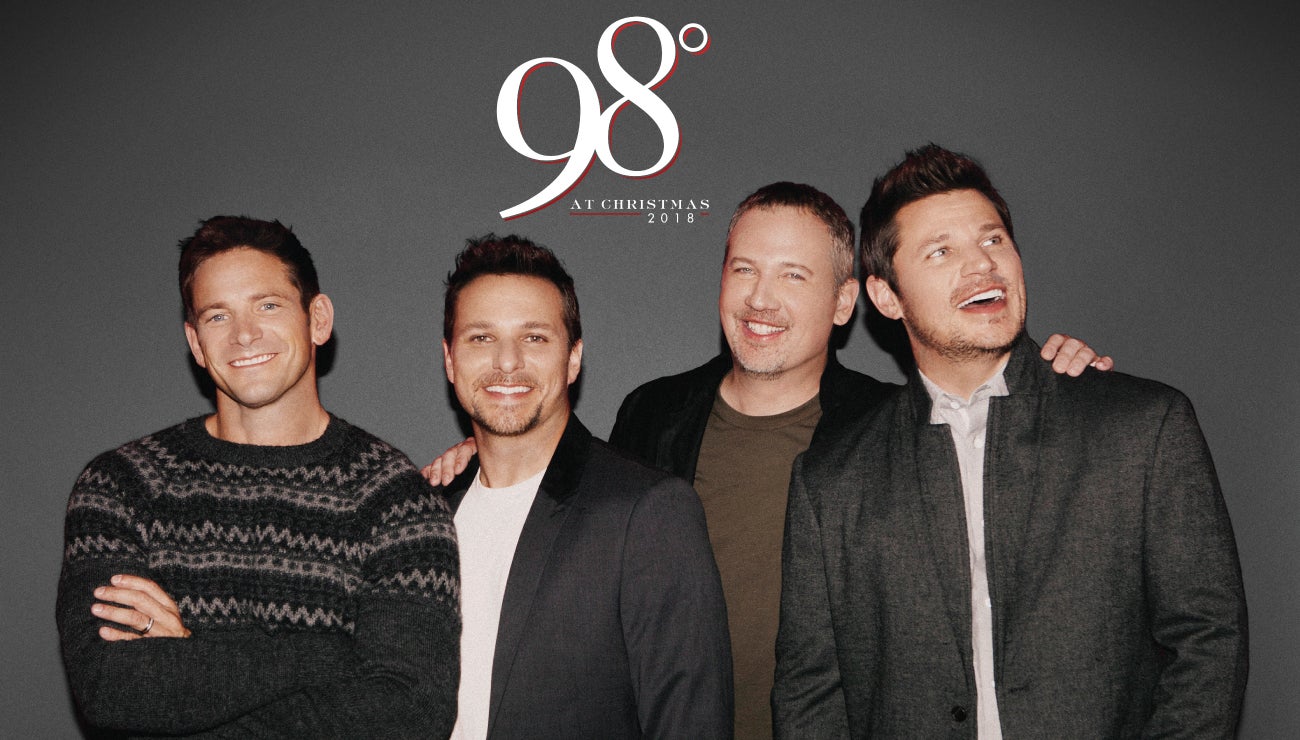 In five short years --  from 1997 to 2002 -- they'd sold a staggering 10 million records, scored a chart-topping single, ‘Thank God I Found You’, with Mariah Carey and Joe, and collaborated with their collective idol, Stevie Wonder, on ‘True to Your Heart’, for the 1998 animated Disney film Mulan. Their four-million-selling album, 98° and Rising (1998, Motown), spawned the top-5 favorites ‘Because of You’, ‘I Do’, and ‘The Hardest Thing’, while 2000’s Revelation (Universal Records), which sold two million copies, peaked at number 2 on the Billboard 200 and yielded a trio of hits, ‘Give Me Just One Night (Una Noche)’, ‘My Everything’ and ‘The Way You Want Me To’.  Last year, the quartet -- Nick Lachey, Drew Lachey, Justin Jeffre and Jeff Timmons -- released their first full-length Christmas album in 18 years, Let It Snow, via UMe to glowing reviews from both fans and critics alike. The album featured the group’s signature R& B-tinged, four-part harmonies and was a natural follow up to their 1999 multi-platinum selling This Christmas. The. Along with beloved standards like ‘Have Yourself A Merry Little Christmas’, ‘Let It Snow! Let It Snow! Let It Snow!’, and ‘Please Come Home For Christmas’, the 12-song collection includes their take on ‘What Christmas Means To Me’.