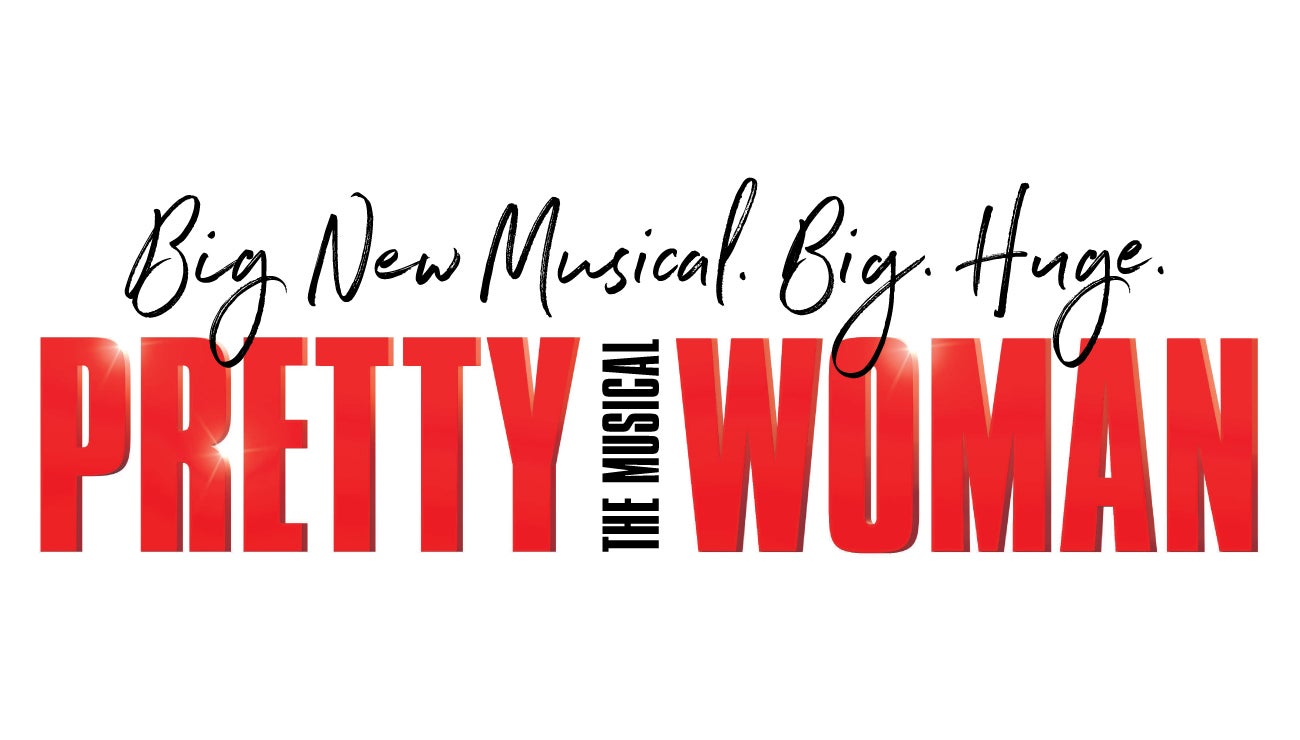 After an incredible run on Broadway, Audience Choice Award-winner PRETTY WOMAN: THE MUSICAL is coming to Cincinnati. PRETTY WOMAN: THE MUSICAL is brought to life by a powerhouse creative team representing the best of music, Hollywood, and Broadway. Featuring direction and choreography by two-time Tony Award-winner Jerry Mitchell (Hairspray, Kinky Boots, Legally Blonde), an original score by Grammy-winner Bryan Adams and Jim Vallance (“Summer of ’69” “Heaven”), and a book by the movie’s legendary director Garry Marshall and screenwriter J.F. Lawton, PRETTY WOMAN: THE MUSICAL will lift your spirits and light up your heart. “If you love the movie, you’ll love the musical!” (BuzzFeed News). 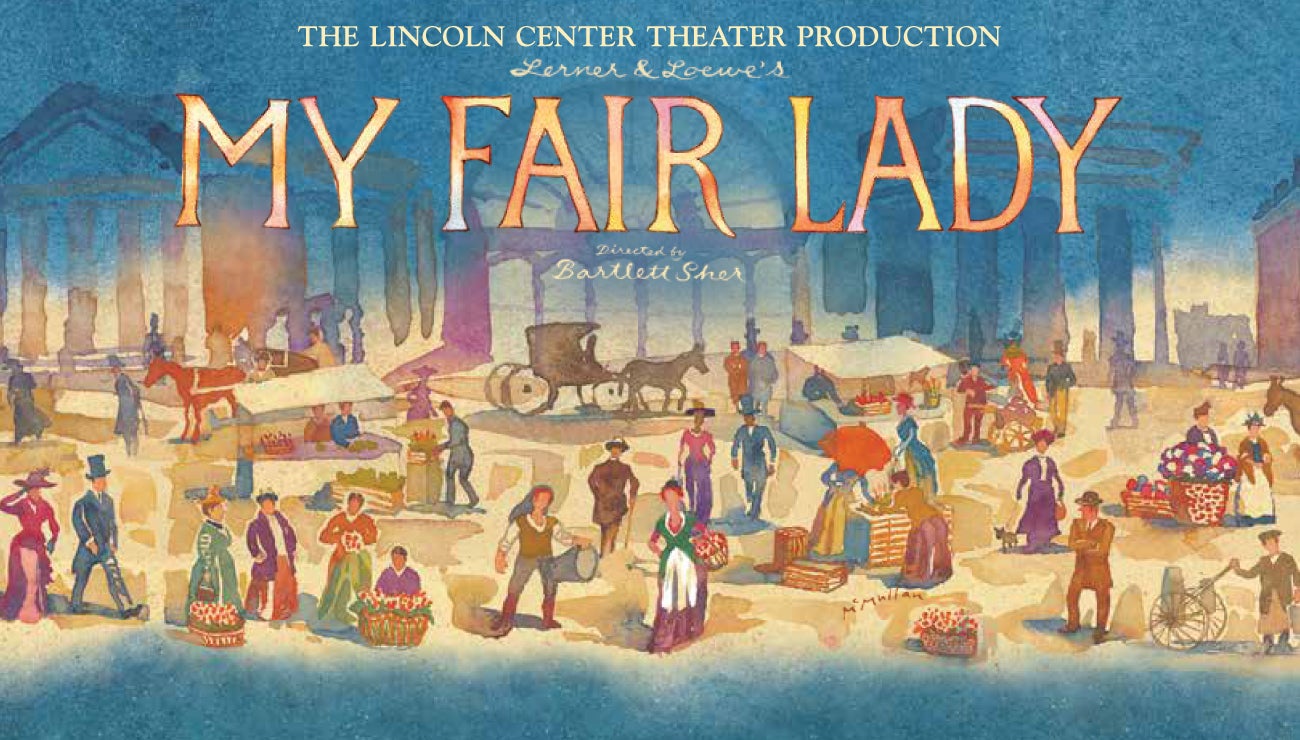 From Lincoln Center Theater and director Bartlett Sher comes “a sumptuous new production of the most perfect musical of all time” (Entertainment Weekly), Lerner & Loewe’s MY FAIR LADY.  Boasting such classic songs as “I Could Have Danced All Night,” “The Rain in Spain,” and “Wouldn’t It Be Loverly,” MY FAIR LADY tells the story of Eliza Doolittle, a young Cockney flower seller, and Henry Higgins, a linguistics professor who is determined to transform her into his idea of a “proper lady.”  But who is really being transformed? 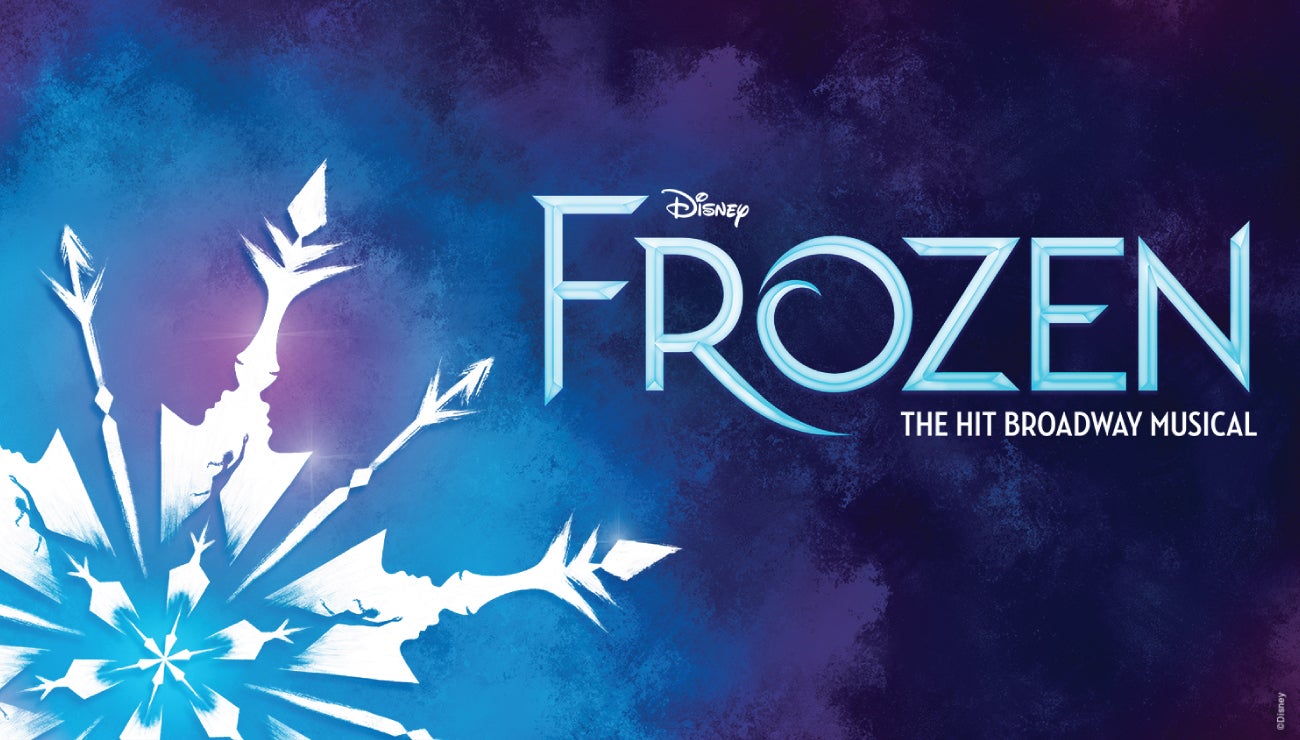 Critics are calling FROZEN, “A can’t miss Broadway event” (NBC), and now it’s joining Disney’s smash-hit musicals The Lion King and Aladdin on tour across North America!  FROZEN is an all-new production created for the stage by an award-winning creative team, led by Academy Award-winners Jennifer Lee, Kristen Anderson-Lopez and Robert Lopez, and Tony Award-winning director Michael Grandage.  It features the songs you know and love from the original film plus an expanded score with a dozen new musical numbers.

FROZEN is an unforgettable, magical adventure, which Newsday calls “a serious megahit with amazing special effects, eye-popping costumes, and incredible performances.” It’s a theatrical experience like no other, so let yourself go. 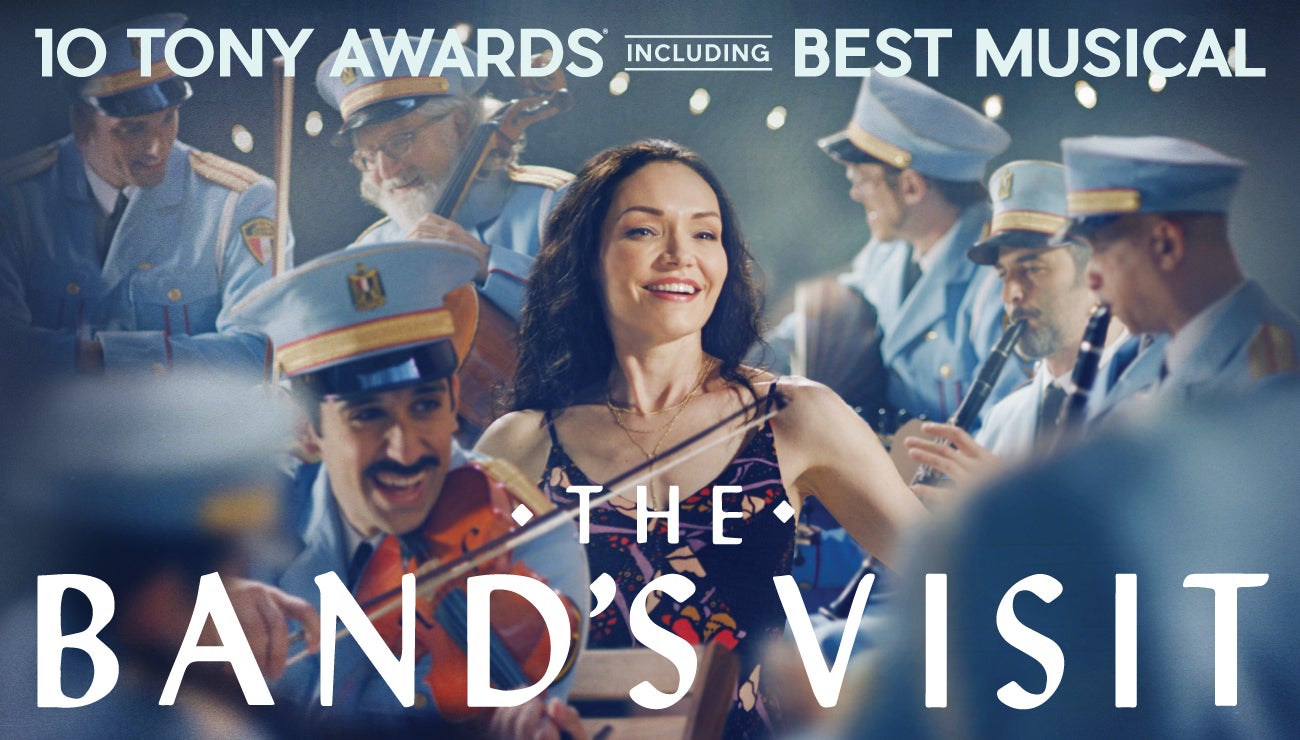 The critically-acclaimed smash-hit Broadway musical THE BAND’S VISIT is the winner of 10 Tony Awards, including Best Musical, making it one of the most Tony-winning musicals in history.  It is also a Grammy Award-winner for Best Musical Theater Album. With a score that seduces your soul and sweeps you off your feet, and featuring thrillingly-talented onstage musicians, THE BAND’S VISIT rejoices in the way music makes us laugh, makes us cry, and ultimately, brings us together. 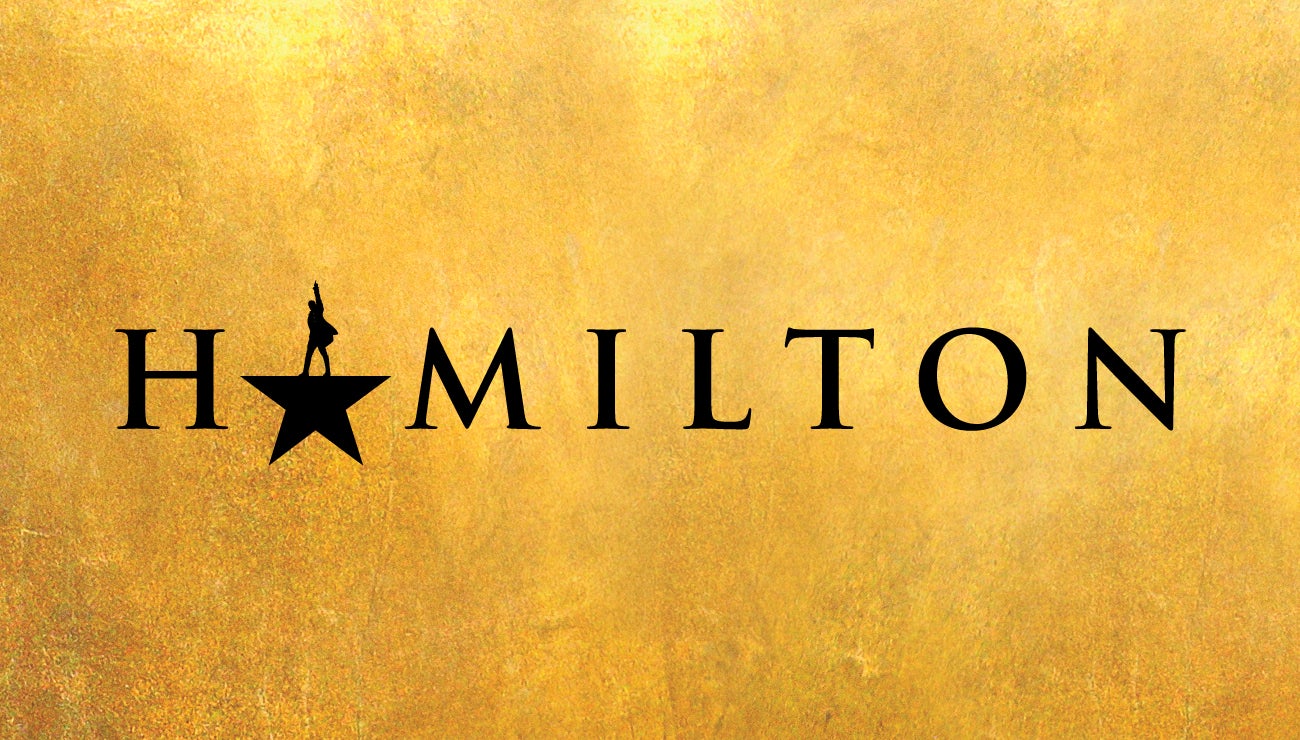 HAMILTON is the story of America then, told by America now. Featuring a score that blends hip-hop, jazz, R&B, and Broadway, HAMILTON has taken the story of American founding father Alexander Hamilton and created a revolutionary moment in theatre—a musical that has had a profound impact on culture, politics, and education. With book, music, and lyrics by Lin-Manuel Miranda, direction by Thomas Kail, choreography by Andy Blankenbuehler, and musical supervision and orchestrations by Alex Lacamoire, HAMILTON is based on Ron Chernow’s acclaimed biography. It has won Tony, Grammy, and Olivier Awards, the Pulitzer Prize for Drama, and an unprecedented special citation from the Kennedy Center Honors. 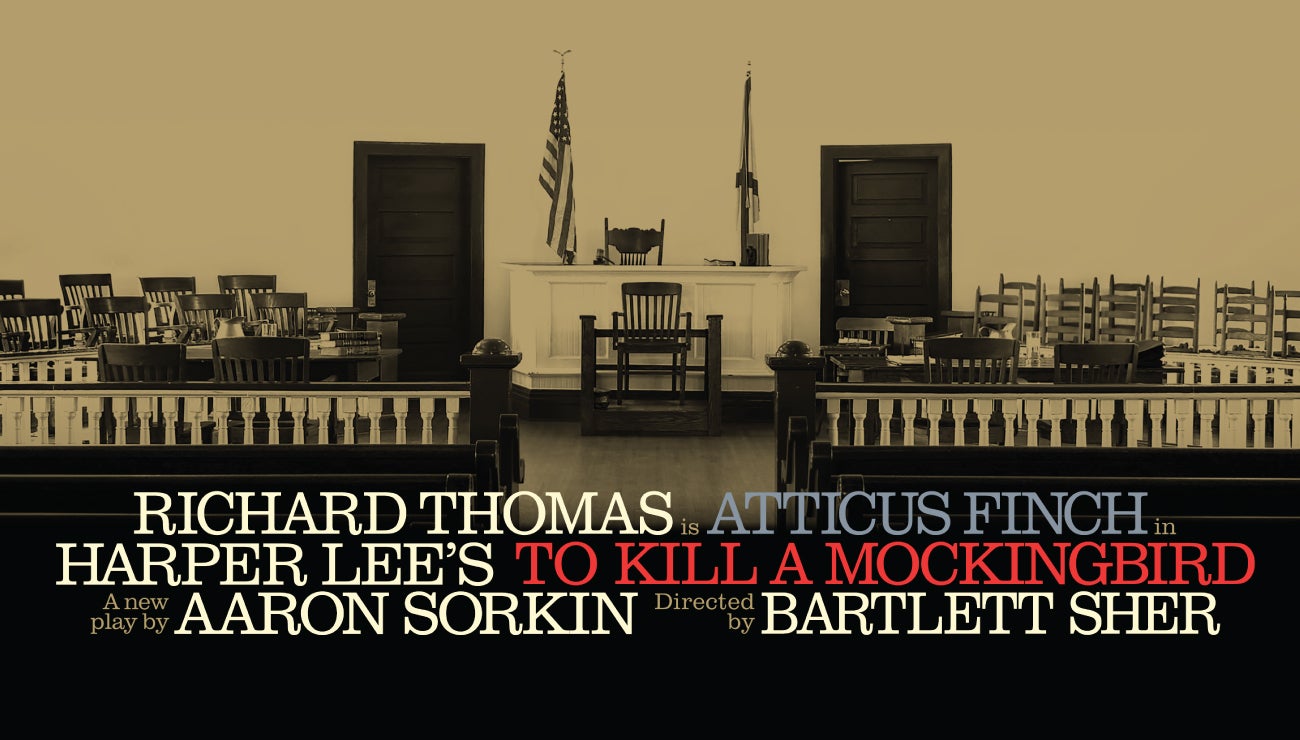 TO KILL A MOCKINGBIRD

All rise for Academy Award-winner Aaron Sorkin’s adaptation of Harper Lee’s Pulitzer Prize-winning masterwork. The New York Times Critic’s Pick TO KILL A MOCKINGBIRD is “the most successful American play in Broadway history. It has not played to a single empty seat” (60 Minutes). Rolling Stone gives it five stars, calling it “an emotionally shattering landmark production of an American classic,” and New York Magazine calls it “a real phenomenon. Majestic and incandescent, it’s filled with breath and nuance, and soul.” With direction by Tony Award-winner Bartlett Sher, TO KILL A MOCKINGBIRD — “the greatest novel of all time” (Chicago Tribune) — has quickly become “one of the greatest plays in history” (NPR). 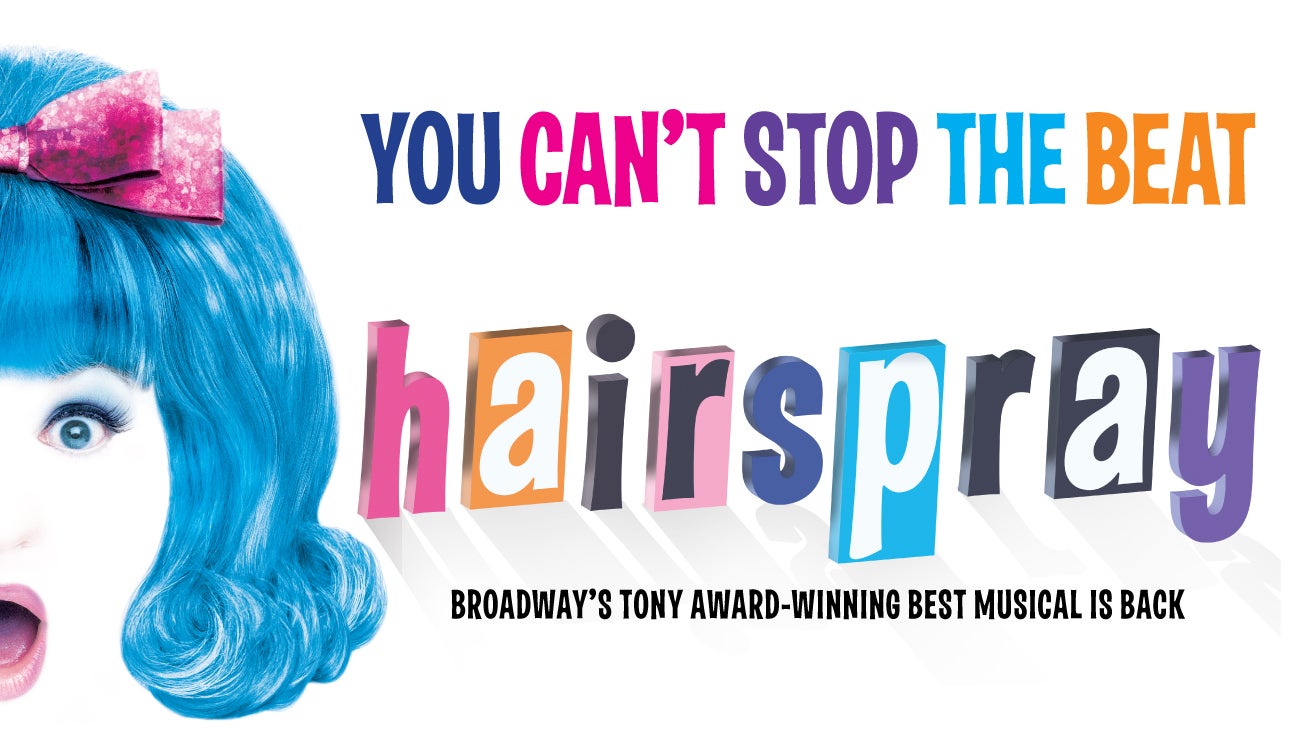 HAIRSPRAY, Broadway’s Tony Award-winning musical comedy phenomenon that inspired the blockbuster film and live television event, is back on tour. Join 16-year-old Tracy Turnblad in 1960’s Baltimore as she sets out to dance her way onto TV’s most popular show. Can a girl with big dreams (and even bigger hair) change the world?

AIN'T TOO PROUD: The Life and Times of the Temptations

AIN’T TOO PROUD: The Life and Times of The Temptations is the electrifying new smash-hit Broadway musical that follows The Temptations’ extraordinary journey from the streets of Detroit to the Rock & Roll Hall of Fame.

The winner of the 2019 Tony Award for Best Choreography, it’s a thrilling story of brotherhood, family, loyalty, and betrayal during a decade of civil unrest in America. Set to the beat of the group’s treasured hits, including “My Girl,” “Just My Imagination,” “Get Ready,” and “Papa Was a Rolling Stone,” AIN’T TOO PROUD tells the unforgettable story of the legendary quintet that Billboard Magazine named the greatest R&B group of all time.

Season tickets for the 2020-21 Fifth Third Bank Broadway in Cincinnati Season, presented by TriHealth, are onsale now! There are three convenient ways to purchase season tickets:

Group sales information is now available for all shows. Reservations may be made by contacting Group Sales Manager Peggy Holthaus Hughes at (513) 369-4363 or [email protected].