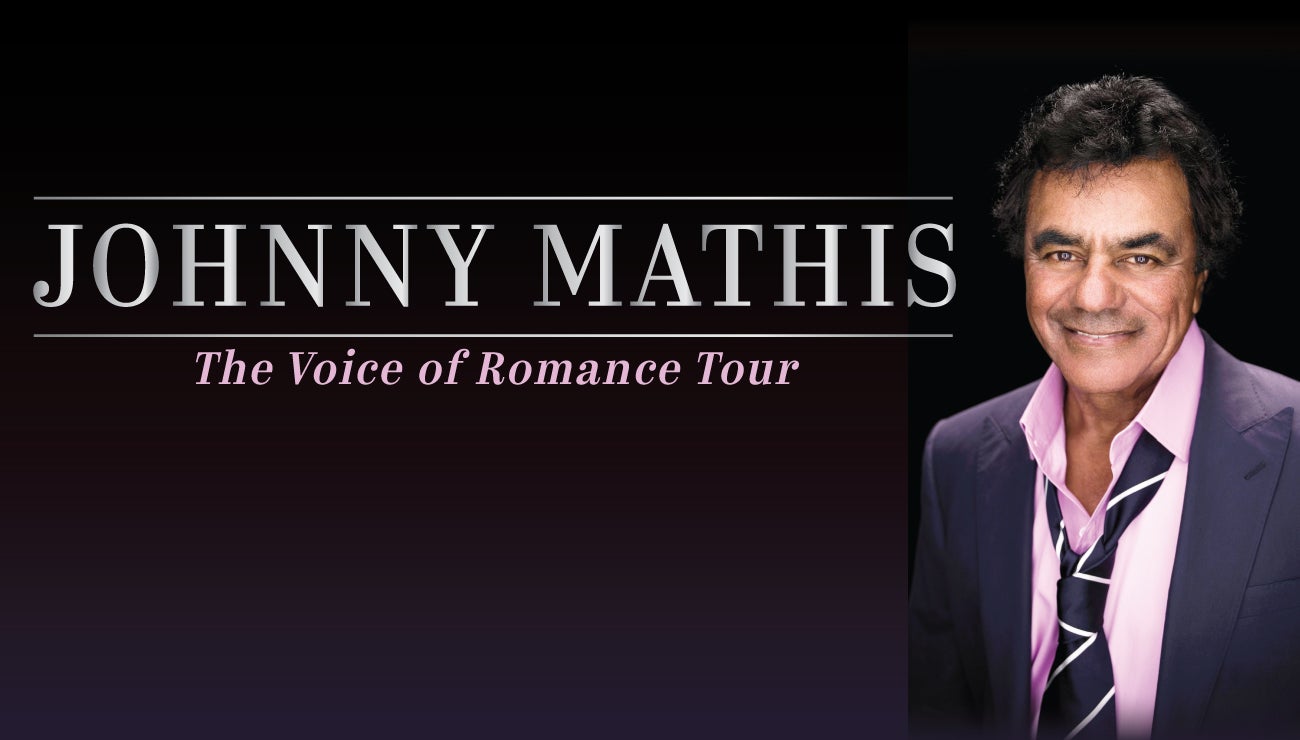 CINCINNATI, OH – Incomparable recording artist Johnny Mathis brings his Voice of Romance tour to Cincinnati’s Aronoff Center for one night only on Saturday, March 14, 2020 at 8:00 PM to perform some of his greatest hits and personal favorites. The much-anticipated concert event is a part of the Cincinnati Arts Association’s 2019-20 Season.

Celebrating his 64th year in the music industry, legendary singer Johnny Mathis is Columbia Records longest-signed artist, and to fans of all ages The Voice of Christmas. A sublime vocalist whose approach to pop music eclipses passing fads and trends, Mathis has performed songs in an incredible variety of styles and categories -- from music composed for stage and film to golden era jazz standards, contemporary pop hits, and holiday music, all of which has assured his reputation as one of the most enduring vocalists in music history.

Best-known for his supremely popular hits like “Chances Are," "It's Not for Me to Say," and "Misty,” Mathis has recorded close to eighty albums and six Christmas albums, and has sold millions of records worldwide. During his extensive career he has had three songs inducted into the Grammy Hall of Fame, achieved fifty Hits on Billboard’s Adult Contemporary Chart, and ranks as the all-time #6 album artist in the history of Billboard’s pop album charts.  He has received five Grammy nominations, and in 2003, he was given the Lifetime Achievement Award from the Academy of Recording Arts and Sciences. His “Johnny’s Greatest Hits” album in 1958 started the industry tradition of “Greatest Hits” albums, and is noted in Guinness Book of World Records for a nearly ten year run on the Billboard Top Albums Chart.

Mathis and his music have appeared in numerous films and TV shows, including Lizzie, The Tonight Show, Silver Linings Playbook, Family Ties, Close Encounters of the Third Kind, and Mad Men, just to name a few.  In 2017, he released his 78th studio album titled “Johnny Mathis Sings The Great New American Songbook,” and debuted his “lost” 1982 album “I Love My Lady,” produced by Nile Rodgers and Bernard Edwards of the pivotal group CHIC.

After sixty-four years as a Recording Artist, what’s next for Mathis? “I don’t think about retiring. I think about how I can keep singing for the rest of my life. I just have to pace myself.”